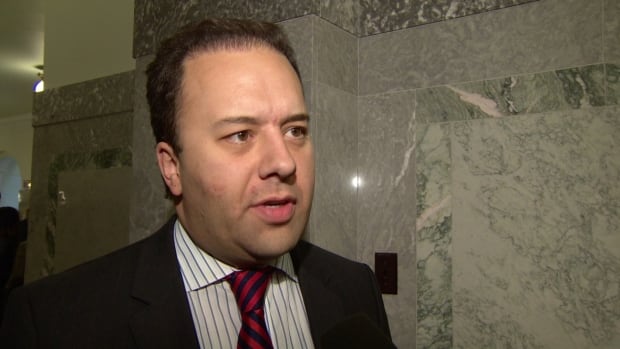 Emails suggesting a former Alberta justice minister hired a political fixer to pull the phone logs of a reporter to trace her sources show how the province’s politics has deteriorated, observers say.

“Current Alberta political culture … is marked by intolerance of the perspectives of political opponents and marked by the politics of personal destruction,” said an email from Chaldeans Mensah, political science professor at MacEwan University.

“Politics in Alberta has become a blood sport, and the players will resort to any unsavory practices to sideline their political opponents.”

On Monday, The Canadian Press reported on a long string of emails, receipts and other documents that seemed to show Jonathan Denis, an Alberta cabinet minister from 2010-15, hired an investigator to discover who had tipped a reporter to a story that his wedding reception may have broken COVID-19 protocols.

The Canadian Press has been unable to confirm the authenticity of the emails and other documents using data accompanying them.

Denis, in an email from his lawyer, has denied that he or his clients communicated with the self-described fixer, David Wallace.

The emails suggest Denis was trying to protect his friend and politically ally Mike Ellis, a sitting United Conservative Party junior cabinet minister then thought to be considering running for mayor of Calgary. Ellis’s press secretary, Eric Engler, has said Ellis had not hired Denis for over a decade and was not aware of or in any way involved in efforts to obtain the reporter’s phone logs.

“It’s a nasty affair,” said Duane Bratt, a political scientist at Mount Royal University, who said the action — if true — may breach both criminal law and a professional code of conduct.

“This isn’t just some no-name lawyer,” he said. “This is someone who is still deeply tied to [Alberta Premier] Jason Kenney and the United Conservative Party.”

University of Alberta professor Laurie Adkin said the purported effort could be seen as an attack on the media.

“It smacks of intimidating the press,” she said. “That’s not democratic.”

Adkin said the emails, if authentic, point to an unwholesome characteristic of Alberta politics.

“There’s a very low threshold of tolerance on the part of conservatives for any kind of political criticism. They’ve always treated it as illegitimate.

“This reflects their sense they are the natural governing party … indistinguishable from the people’s will. Frequently, we see them trying to discredit critics by saying they are the enemies of Albertans.”

“This reflects the toxicity of current Alberta political culture, one that is marked by intolerance of the perspectives of political opponents and marked by the politics of personal destruction.”

Nor is that tone, as expressed in Denis’ purported emails, restricted to Alberta. Denis is closely linked to Pierre Poilievre, the front-runner for the leadership of the federal Conservative party.

Until recently, Denis was volunteering for Poilievre’s campaign. In 2004, the two founded a political communications company together called 3D Contact and continues to co-own and manage a real estate investment firm in Calgary called Liberty West Properties.

Bratt said the purported documents and emails about the reporter’s phone logs make him question what else may have happened.

“You wonder if this sort of stuff has gone on before,” he said. “We’re dealing with a legacy of 44 years of one-party rule.”

Mensah is not optimistic about the tone of Alberta politics improving any time soon.

“As the province has moved to a two-party system, the level of political polarization has deepened and minor disagreements are exaggerated,” he wrote.

“This may require joint efforts by leaders of the UCP and NDP to encourage civility in politics, tone down the harsh language, while maintaining respect for opposing political viewpoints.”