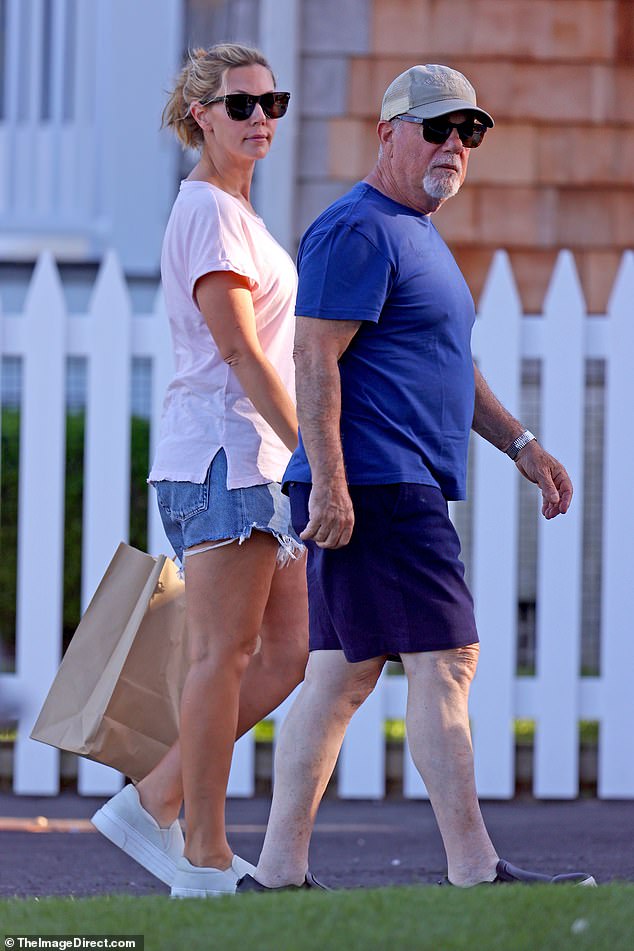 Billy Joel and his wife Alexis Roderick were seen in public for the first time in years on Sunday.

The 73-year-old pianist and his wife, who is three decades his junior, were spotted taking an evening stroll in the Hamptons in New York.

Although the legendary singer-songwriter has continued to perform in recent years, he is rarely seen offstage.

Coming out: Billy Joel, 73, was seen in a rare public appearance in the Hamptons on Sunday with his wife Alexis Roderick, who is three decades younger than him

The lovebirds were dressed casually for a day of relaxation.

Billy opted for a plain royal blue t-shirt, which he paired with navy shorts and matching slip-on trainers.

He sported a silver wristwatch and blocked out the setting sun with a gray baseball cap and tortoiseshell sunglasses. 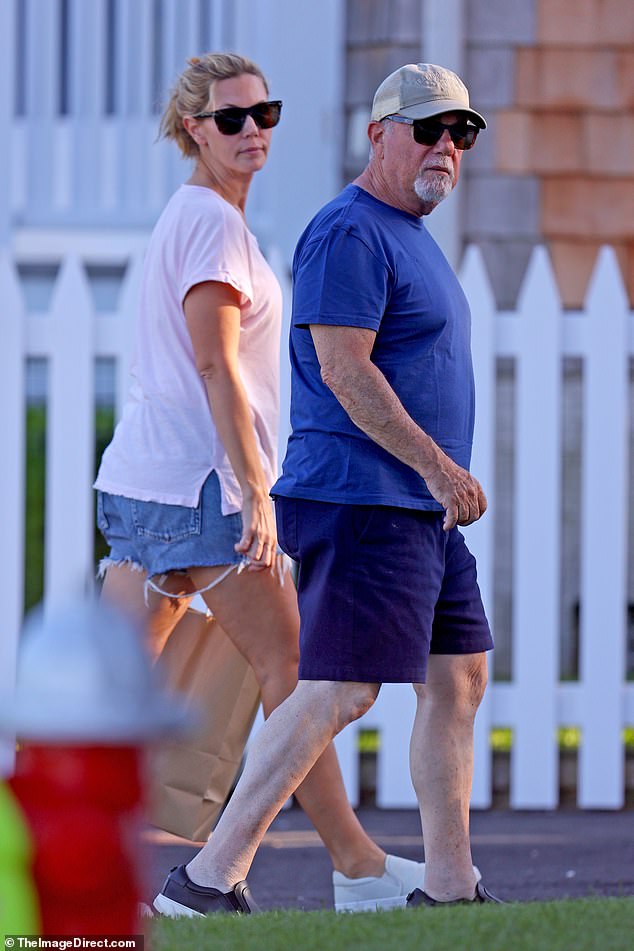 No fuss: The lovebirds were dressed casually for a day of relaxation. Billy opted for a plain royal blue t-shirt, which he paired with navy shorts and matching slip-on trainers 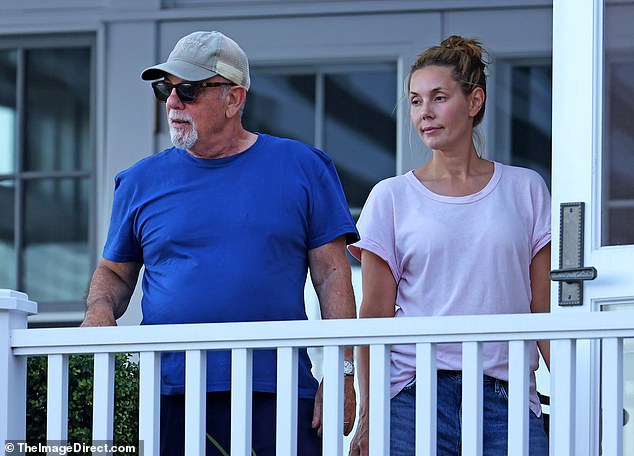 Family: Alexa wore a pink t-shirt and cut-off jeans. They married in 2015 and share daughters Della, six, and Remy, four

She completed the casual look with off-white slip-on sneakers and she wore her blonde hair tied back in a high bun.

Alexis also carried a large paper bag in one hand, possibly with groceries or a take-out meal for dinner.

Billy and Alexis tied the knot in 2015 in a surprise ceremony at their annual Fourth of July party at his sprawling Long Island estate.

Alexis, a former Morgan Stanley executive and equestrian, has been dating the singer-songwriter since 2009.

Billy already shares his 36-year-old daughter Alexa with his ex-wife Christie Brinkley, to whom he was married from 1985 to 1994.

Though he’s rarely seen offstage, Joel’s fans got to see him perform his timeless classics as recently as July 20, when he performed as part of his monthly residency at Madison Square Garden. 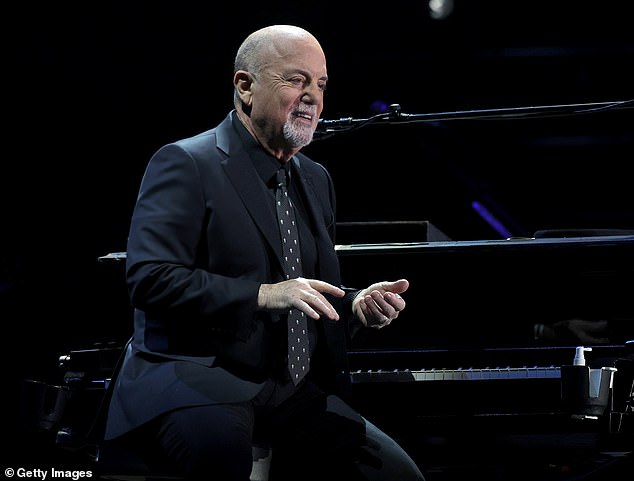 Going Hard: Although he’s rarely seen offstage, Joel’s fans got to see him perform as recently as July 20, when he performed as part of his monthly residency at Madison Square Garden; seen in February in Las Vegas

The hitmaker has performed at the iconic indoor arena monthly since 2014, and he previously said he plans to continue performing regular shows at the huge venue as long as his fans buy tickets.

Joel recently scheduled a December 19 performance at MSG, which will mark his 86th show as part of his ongoing residency and his 132nd show ever at the venue, according to JamBase.

Citi cardholders can currently purchase pre-sale tickets until August 11 at 10 p.m. ET, and a general ticket sale will begin on August 12 at 10 a.m. ET.

Joel has become strictly one of the biggest hits of the past few decades, as he hasn’t released a new studio album since 1993’s River Of Dreams.

In a 2019 interview with Rolling Stone, the singer admitted, “I got on stage and said, ‘I don’t have anything new for you, so we’re just gonna play the old s***. And the audience goes, “Yeah!” ‘

He also suggested that he might continue to fill MSG due to the few musical superstars of his generation still kicking around. 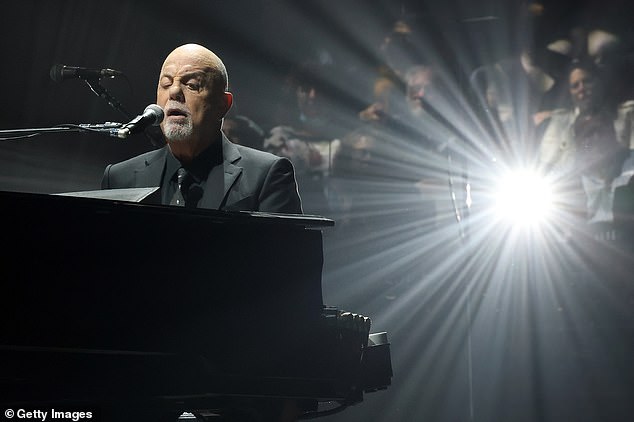 Don’t Stop: Although he hasn’t released a studio album since 1993, he’s had a monthly residency at MSG since 2014, with dates slated until December 2022; seen in February in NYC