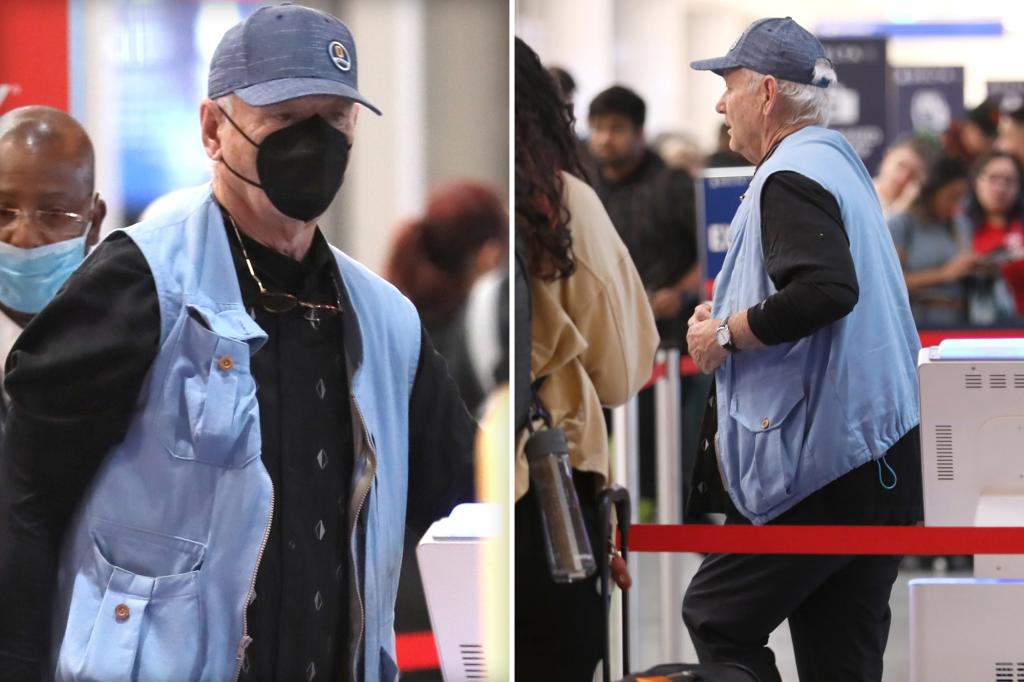 Bill Murray was spotted for the first time on Tuesday since his “inappropriate behavior” reportedly halted production on Aziz Ansari’s “Being Mortal.”

The comedy legend and SNL alum was caught running through Los Angeles International Airport around 6 a.m. local time, preventing more than a dozen travelers from passing through security to dodge questions about Controversy.

“Mr. Murray, how are you sir? The man filming the brief encounter can be heard asking the comedian.

“Sir, is there anything you can say about the closing of the ‘Being Mortal’ set?”

Murray, 71, dressed in black with a blue vest and baseball cap and wearing a black mask, turns his head away as he runs away from the cameraman.

He hits a line of airline travelers waiting to go through security, cuts off more than a dozen people, and reaches the security checkpoint – unresponsive.

The actor has been tight-lipped about the film’s halt to production earlier this month following a bombshell allegation that he was “touching” with the women on set.

Filming of “Being Mortal” was suspended indefinitely on April 21 after claims surfaced.

“He was very sensitive, not in the personal areas, but put an arm around a woman, touched her hair, pulled her ponytail – but always in a comedic way,” a source told Page. Six last week.

“It’s a fine line and everyone loves Bill,” the source said. “But although his conduct was not illegal, some women felt uncomfortable and he crossed the line.”