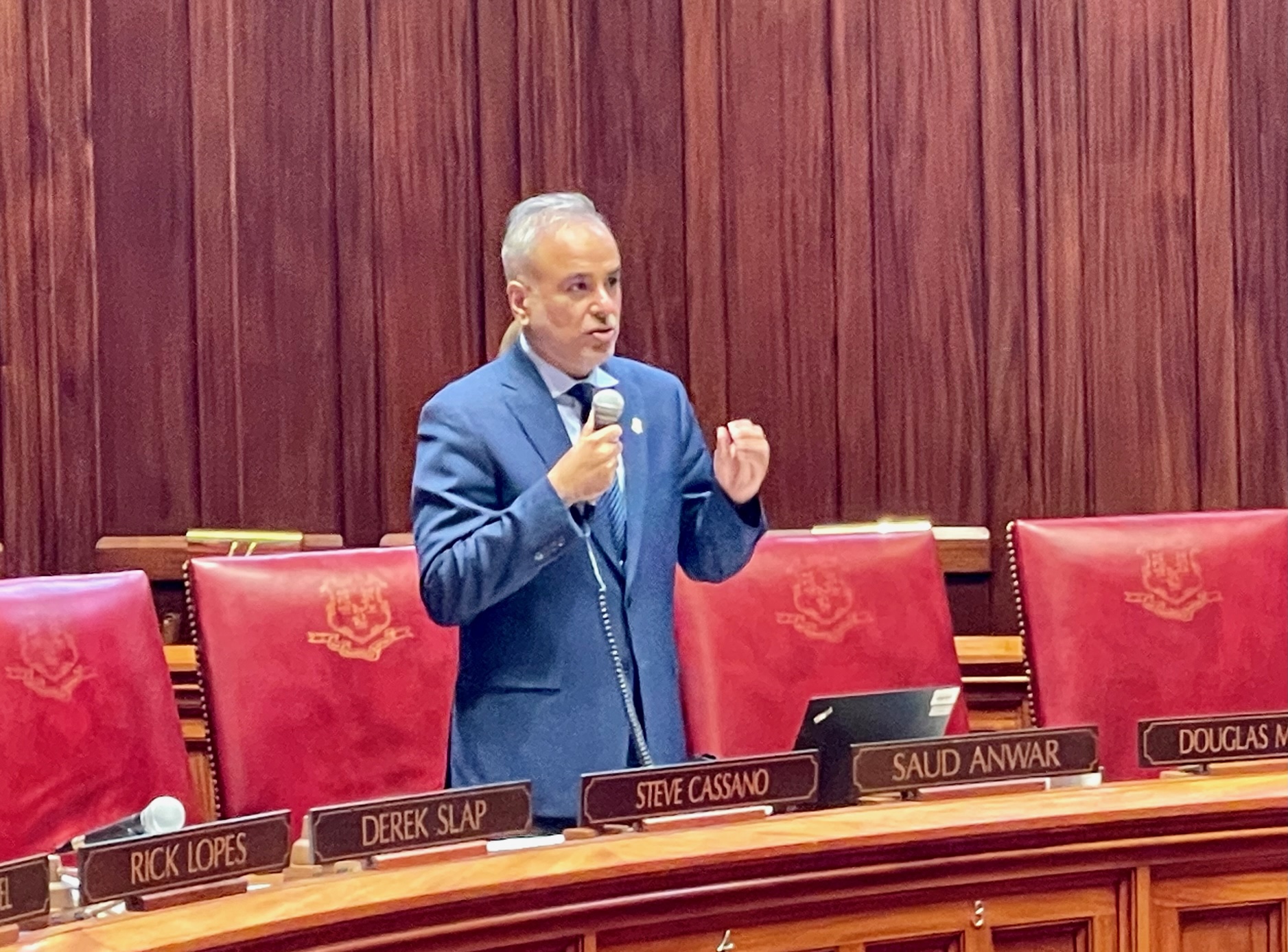 The last of three robust bills to expand services and resources for children’s mental health cleared its first hurdle on Thursday, garnering broad support in the Senate.

Senate Bill 1, which would strengthen mental health programs in schools, increase wages for child care workers and create a scholarship fund for minority teachers, among other priorities, has was passed by the Senate with a vote of 33 to 2. Republican Senators Rob Sampson of Wolcott and Ryan Fazio of Greenwich were the only dissenters.

Fazio had introduced an amendment to the bill that would have eliminated various teacher certification fees. The amendment fell through after Democratic senators said the revenue loss from the fee waiver was not included in the state budget proposal.

“We could easily make child care 20% or 30% cheaper this year with simple regulatory improvements… We could easily improve teacher recruitment by eliminating their $825 certification fee,” said Fazio in a statement after the debate. “While there are some parts of SB 1 that I support…I fear that SB1 represents the same old strategy that continues to fail ordinary families and make CT unaffordable. I will continue to work with my colleagues to find real solutions.

Two other high-profile mental health bills targeting services for children have recently passed their first chamber: House Bill 5001, which includes everything from reciprocal licensing for outside providers to a grant program allowing local school boards to hire additional mental health workers, passed the House unanimously on Wednesday and Senate Bill 2, which deals with early childhood services, passed the Senate the week last.

“It’s not an end, but it’s a significant step forward,” Senate Majority Leader Bob Duff, D-Norwalk, said during Thursday’s debate on Senate Bill 1. . “If I had to explain this bill, I would just say, ‘Wow wow wow.’ There are many good things here that should make the people of the State of Connecticut very proud that we have come together with this legislation after discussing some of these issues for so long.

The measure would set aside $10 million for needs-based grants to expand services at school health centers. It would also create a grant program to help school boards hire and retain social workers, nurses, psychologists and counselors in schools.

The bill would provide $70 million in wage enhancement grants for child care and early childhood education workers and increase the number of places for infants and toddlers in centers of child development across the state, to 2,800 spaces, up from 1,500.

Under the proposal, school boards would receive information on how to acquire opioid antagonists like Narcan free of charge, and school employees would be trained in proper use and handling. The measure would allow pharmacists and prescribers to dispense Narcan to school boards and require schools to designate an employee to administer the drug in the event that a school nurse is unavailable.

The bill also directs the state Department of Education to devise strategies to streamline and improve pathways to teacher certification, and it would create a task force to address teacher shortage and teacher retention. $1 million would be set aside for a new scholarship program for minority teacher candidates.

The proposal would also launch a task force to help combat ableism, discrimination or social prejudice against people with disabilities in school settings.

“We said at the start of this session that children’s mental health was an issue that everyone felt needed to be addressed. And we did it in different ways,” said Senate Minority Leader Kevin Kelly, R-Stratford. “The fact is, our kids are 100% the future of Connecticut. They need services. We have identified it, and bills like this provide these much-needed services.

Sen. Doug McCrory, D-Hartford, a leading proponent of the proposal, called the measure “one of the most important pieces of legislation” to pass this year.

“I’ve heard from parents, youth and educators across our state about how the pandemic has left many young people struggling with trauma and mental anguish for the past two years,” he said. “We must act to increase the availability of mental health support services and address the children’s mental health crisis.

Senate Speaker Pro Tem Martin Looney, a Democrat from New Haven, said the bill was an acknowledgment of the seriousness of the problem.

“We recognized that there is a crisis in very young children in our state that has been exacerbated by the pandemic,” he said. “There are so many young children whose education and preparation for school is inadequate, and the inadequacy is not fully documented until they enroll in kindergarten and are unfortunately not prepared.

“This bill is a commitment to take action against this and to recognize the issues around distress and mental health issues. … School will not be a place of failure or humiliation … but a place where [children’s] their natural creativity, intelligence and ability to grow and learn will be nurtured and supported.

The measure now heads to the House for a final vote.