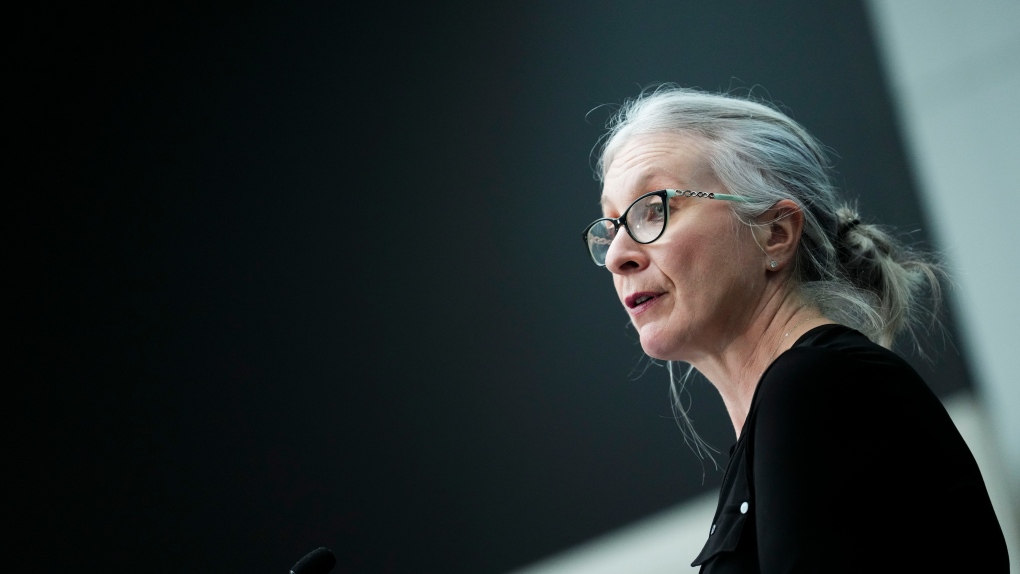 The federal Indigenous Services Minister said Thursday that she supports Indigenous communities’ desire to be exempted from Quebec’s new language law, which limits the use of English in the public service and increases language requirements. of French in schools.

Patty Hajdu told a news conference she was ‘concerned’ to hear that Indigenous leaders believe the language law, known as Bill 96, will have a negative impact on children’s rights First Nations to be educated in the language and culture of their choice.

“We cannot put barriers in the way of children striving to reach their full potential, including language barriers,” Hajdu said. “We will continue to stand by and defend the leaders I have the opportunity to work with. I consider this an important part of my role as minister.”

Hajdu made the comments after participating in a signing ceremony for a new agreement under which Ottawa will provide $1.1 billion over five years to First Nations communities in Quebec to help fund education. The ceremony took place on the Mohawk territory of Kahnawake, south of Montreal.

Quebec’s new language reform proactively invokes the notwithstanding clause of the Canadian Constitution to protect it from Charter challenges. It limits the use of English in the civil service and the judiciary and requires students in Anglophone colleges to take three additional courses in French to graduate.

Indigenous communities say they are particularly worried about the new rules for junior colleges. John Martin, chief of Gesgapegiag in Quebec’s Gaspé Peninsula, said Thursday that provincial language laws have been creating barriers for native English-speaking students for decades.

“For 40 years we have been dealing with language laws,” Martin said. “We have students who can’t graduate because they couldn’t get the credits they needed, and Bill 96 raises the wall even higher.”

He said Indigenous peoples have constitutional rights just like Quebecers, adding that the provincial government acts like a colonial power. Martin said the federal government must “stand up and support us” in addressing the issue of Indigenous rights – including language rights – guaranteed in the Constitution.

“When one language tends to dominate, it’s a colonial practice and it means the extermination of other languages ​​and cultures,” Martin said. “That’s what we’re up against.”

Earlier, representatives of the federal government and the First Nations Education Council signed the $1.1 billion education agreement, the result of 10 years of negotiations.

The money will go towards the creation of culturally appropriate education programs for approximately 5,800 children in 22 communities. It will also finance school transport and the recruitment and training of more than 600 teachers and other school staff. The First Nations Education Council, which represents eight First Nations in Quebec, says the agreement will allow communities to assume full responsibility for their schools.

Daniel Gros-Louis, Executive Director of the First Nations Education Council, said, “History has shown us the many broken promises of governments. The ownership of education by and for First Nations that we celebrate today is our promise to ourselves, to our youth.”

— This report from The Canadian Press was first published on July 14, 2022.