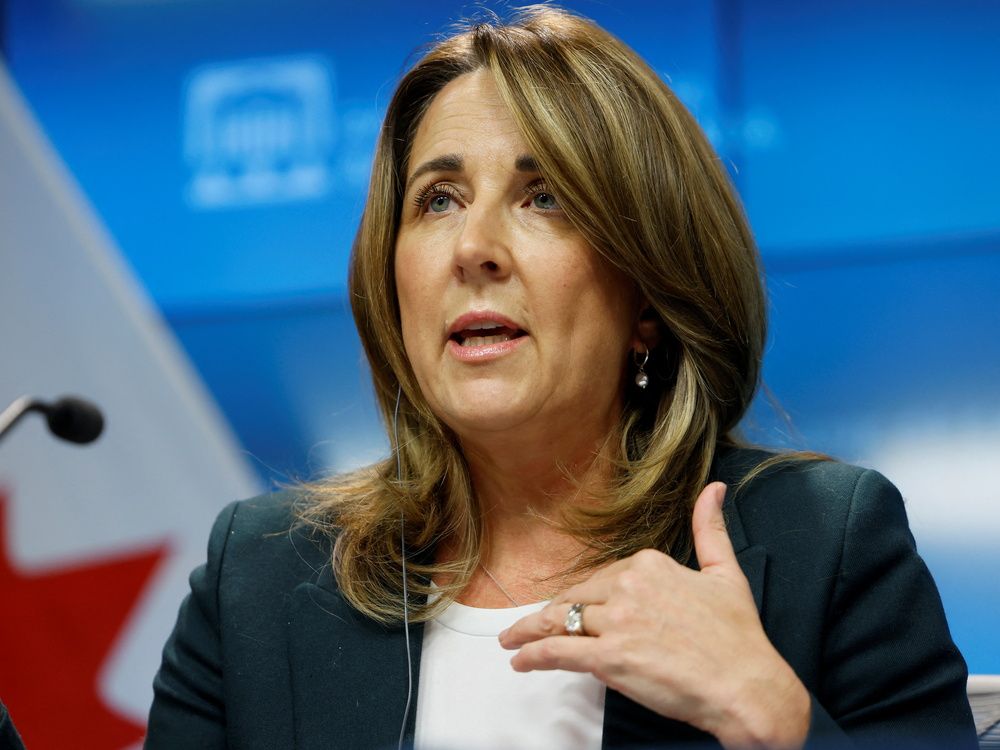 Senior Deputy Governor Carolyn Rogers reaffirmed the independence of the Bank of Canada from the federal government in her first speech since taking over as second in command at the nation’s central bank.

In a speech to Women in Capital Markets in Toronto on May 3, Rogers also stressed that trust and credibility in the central bank was vitally important during the pandemic and pledged to maintain that trust at the coming.

“We’re talking about things that might seem abstract to most people – growth, production, productivity,” Rogers said. “And our decisions take time and have to go through other sectors of the economy before they directly affect Canadians. We may seem a little mysterious.

“But mysterious is not what we aim for,” she added. “What we are looking for is trust.”

The central bank’s reputation has come under severe strain in recent months as politicians such as Conservative leadership candidate Pierre Poilievre question its independence from Prime Minister Justin Trudeau’s government and its commitment to its inflation control mandate. Poilievre, who is seen as the favorite to be the next opposition leader, said last month he would audit the institution if he became prime minister.

Canadians also felt the bite of runaway inflation, which hit its fastest pace in 31 years with a reading of 6.7% in March. Higher costs for everything from gas to groceries have added more angst among Canadians.

What we aim for is trust

“We are acutely aware that with some of the extraordinary actions we have taken during the pandemic and with inflation well above our target, some people are questioning that confidence,” Rogers said, adding that she welcomes questions. challenges and scrutiny as an opportunity to engage with Canadians on these concerns.

Rogers also pointed to the Bank of Canada Act, a measure created in 1934 to establish the central bank as an independent Crown corporation that sets out its own powers with respect to monetary policy and financial stability, as a reason. why the public can trust decision-makers to work at a distance from politicians.

The volatile inflation of the 1970s and 1980s, which saw inflation rise from 6% to over 12%, was the driving force behind the establishment of this target.

A detail of the law states that if ever the Minister of Finance and the Governor of the Bank of Canada reach a disagreement on monetary policy, the Minister would have the power to issue a directive to the central bank which would be tabled in Parliament after having received the approval of the governor and the cabinet. It’s a measure that has never been used, a fact Rogers attributed to the central bank’s track record and the respect governments have given to the institution’s independence.

Fast forward to the onset of the COVID-19 pandemic, and the bank was challenged to provide monetary support to the financial system through its quantitative easing program. Rogers pointed out that these asset purchase programs and balance sheet holdings are publicly available, which she said was designed to ensure that the public can follow the central bank.

As the country emerges from the worst of the pandemic, the Bank of Canada’s next move will be to rein in runaway inflation, which Governor Tiff Macklem recently acknowledged was misjudged in light of the conflict in Europe.

Rogers echoed that recognition, saying the Russian invasion of Ukraine and the ensuing commodity rally took the central bank by surprise. That said, she insisted the bank was ready to act to bring the economy back into balance and public confidence with it.