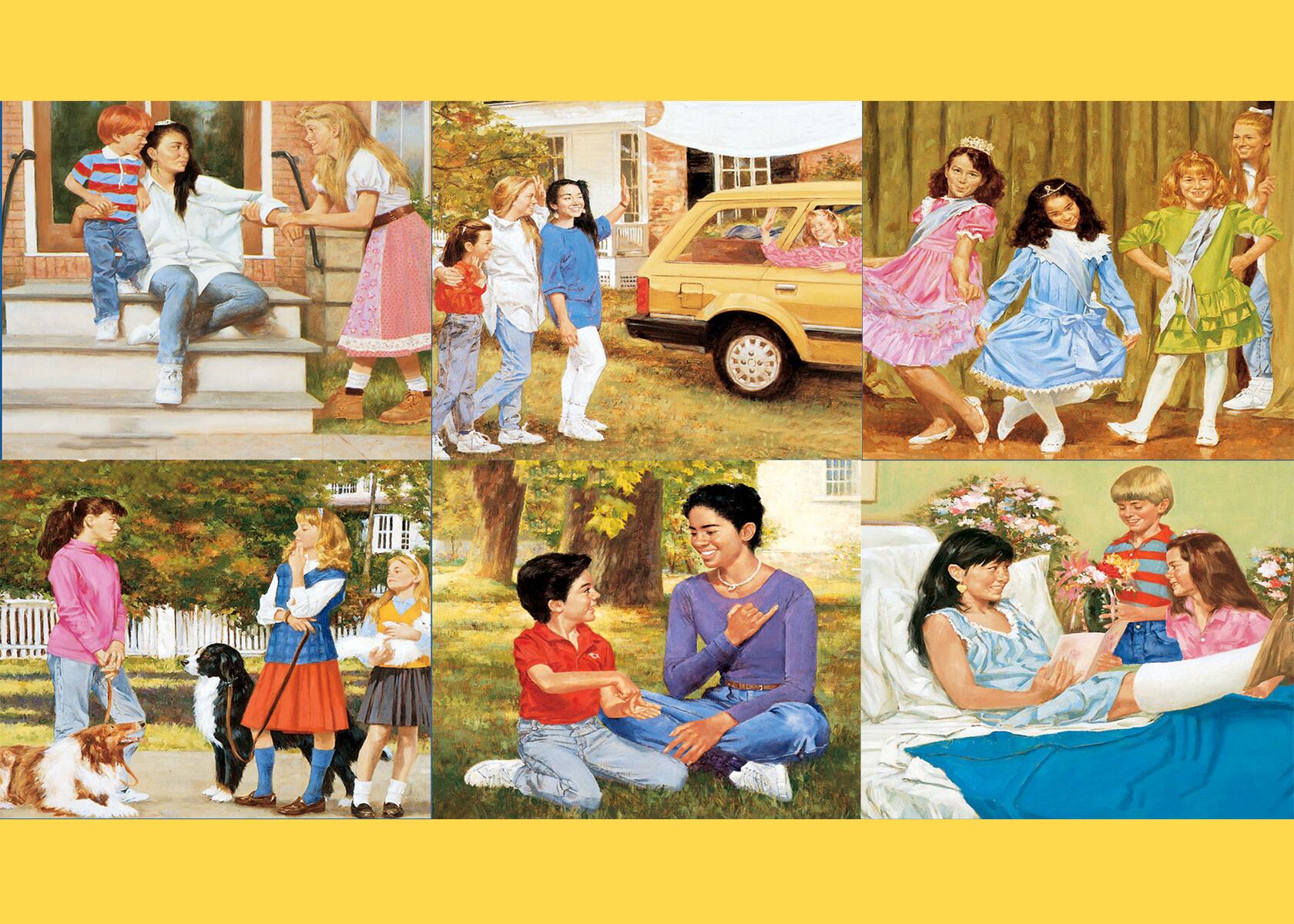 The famous favorite of the 80s and 90s gets a facelift for the next generation. But does that spoil the fun?

In 1992, my family of five got into our Dodge Caravan for the 20-hour drive from our home in Pittsburgh to my grandparents in Florida. The winter break from the dreary Northeast winter was needed, but before we could reach sunny skies, a terrible winter storm derailed our plans in the mountains of West Virginia. We slid and slid to safety, skidding to a terrifying stop – not too far from a repair shop.

Wandering through a rundown Wal-Mart waiting for repairs, I picked up a book a wobbly carousel. It was Kristy’s good ideathe first book in Ann M. Martin’s prolific series, The Babysitter’s Club. Once the storm passed and we were back on the road, I huddled in the back of the van with my new treasure. (In the real return from the van, behind all the suitcases in the cargo area, crushed to the floor with a delightful wall between me and my 5 year old twin brothers. Ah, the 90s).

Continue reading the article after our video

It’s the first day I remember being absolutely lost in a novel – the plot swept me away as the miles traveled felt out of place. I devoured the story of four young girls, a little older than me, starting a business and all the drama that came with that venture. So began my lifelong tradition of starting every trip with buying a brand new book that I only open when the car starts or the plane takes off. Now it’s as easy as a click on my Kindle, but the thrill is the same as that unexpected purchase during a snowstorm. Over the years, I have amassed Martin’s entire series of books and have kept them for my children.

At a recent Scholastic book fair at their school, I helped the students shop and was thrilled with their excitement about the new releases from their favorite series. A group of girls huddled around a familiar title – Kristy’s good idea. This time, however, it was in graphic novel form. Flipping through the pages, I recognized the familiar story of a book I’ve read a dozen times. It was exciting to see today’s kids so thrilled with the same book that first sparked my love for reading, even though it *gasped* contained pictures. 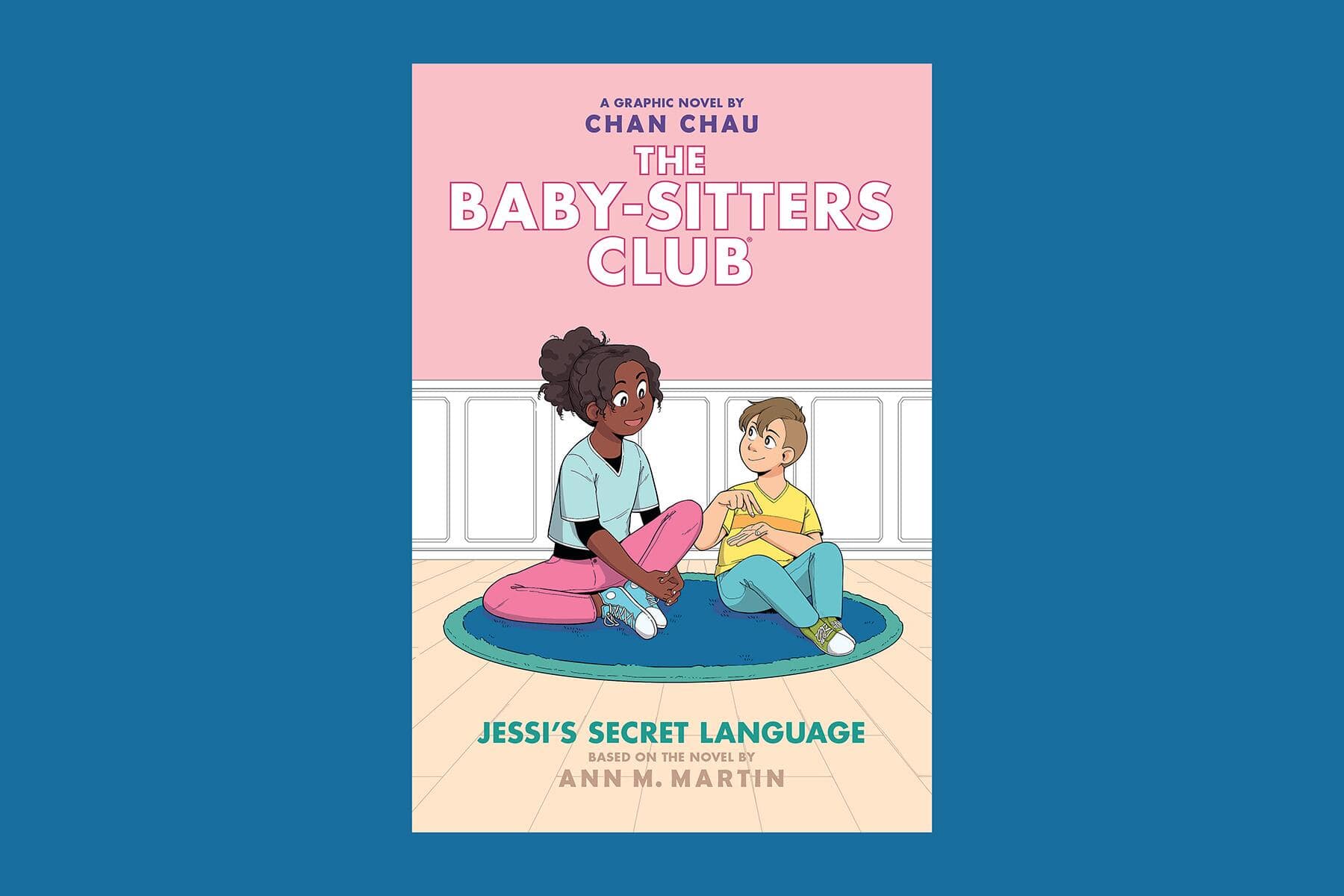 Some adults have criticized the rise in popularity of graphic novels. A column from the Virginia Tech University Library highlights some of the negative stigma attached to books with pictures, namely that they are only a stepping stone to “real” reading. A 2012 opinion piece in The Daily Nebraska boldly asserts that graphic novels “are not literature”. These are bold statements to kick off something the kids apparently really enjoy.

“People often think graphic novels aren’t that complex and that’s not true at all.”

As I saw the enthusiasm generated by these reinvented classics at my children’s school, I decided to contact friends who read with children every day for their work and see what they or they think. Erin Thompson is the Youth Services Coordinator at Andrew Bayne Memorial Library in our suburb of Pittsburgh. She finds criticism of graphic versions of classic books totally unjustified. “They’re reading. It’s all reading. They’re very interesting and colorful, and easier to break into pieces. People often think graphic novels aren’t as complex and that’s not true at all. The reading level of some of the graphic novels is relatively high. Even her own neurodivergent child, whose reading level is well above her age, enjoys them. “My child is watching novels and there are blocks of overwhelming words. Can she read them? Of course.” It focuses better, however, on the graphic novel version. There’s also a better chance for visual representation with artwork. Yes, in the original series, Claudia was still Asian and Jessi was still black. Seeing this on the page, however, has an impact on children. The lack of representation of marginalized folx in literature is known to have a negative impact on children. Graphic novels can help with this.

I also spoke to Kimberlee Corrigan, a reading specialist and third-grade teacher in Baltimore City Public Schools for 15 years. In the past, she’s felt some of the instinctive negative reactions to graphic novels that others have expressed.

“I’ll be honest, when I saw that they were turning the Harry Potter series into illustrated versions, part of me was horrified because at first I thought, ‘There’s nothing better than your own imagination!’ At the same time, I know it’s different works of art, and if it inspires kids to read, that’s great.

In his class, graphic novels are the books most likely to be off the shelves, simply because they’re the most popular. Corrigan doesn’t care. “These are the ones that appeal to children who have never enjoyed reading before. It’s their entry point, it’s the books that all child in my class can read and access. She notes that there is a skill that develops when children read a text and use their mind to imagine the scene depicted, but reading is also broader than that goal. “It’s really about what’s going to drive understanding, comprehension and a love of reading.” One of her students is particularly enamored with the Babysitter’s Club graphic novel series and derives the same joy from the characters as I once did.

Thinking back to my first novel binge and the pile of slightly yellowed original Babysitter’s Club books piled on the shelf in our playroom, I decided it didn’t matter if my kids were reading this version. . The strong friendships and chaotic hijinx of Kristy, Stacey, Claudia, and Mary Ann reach into the next generation, and the delivery format is actually irrelevant. What Is Matter is a child who is so engrossed in a book that he loses track of time as the story moves him forward. What Is Matter is another generation excitedly packing a new book with an uncracked spine for the holidays, even though it contains pictures.