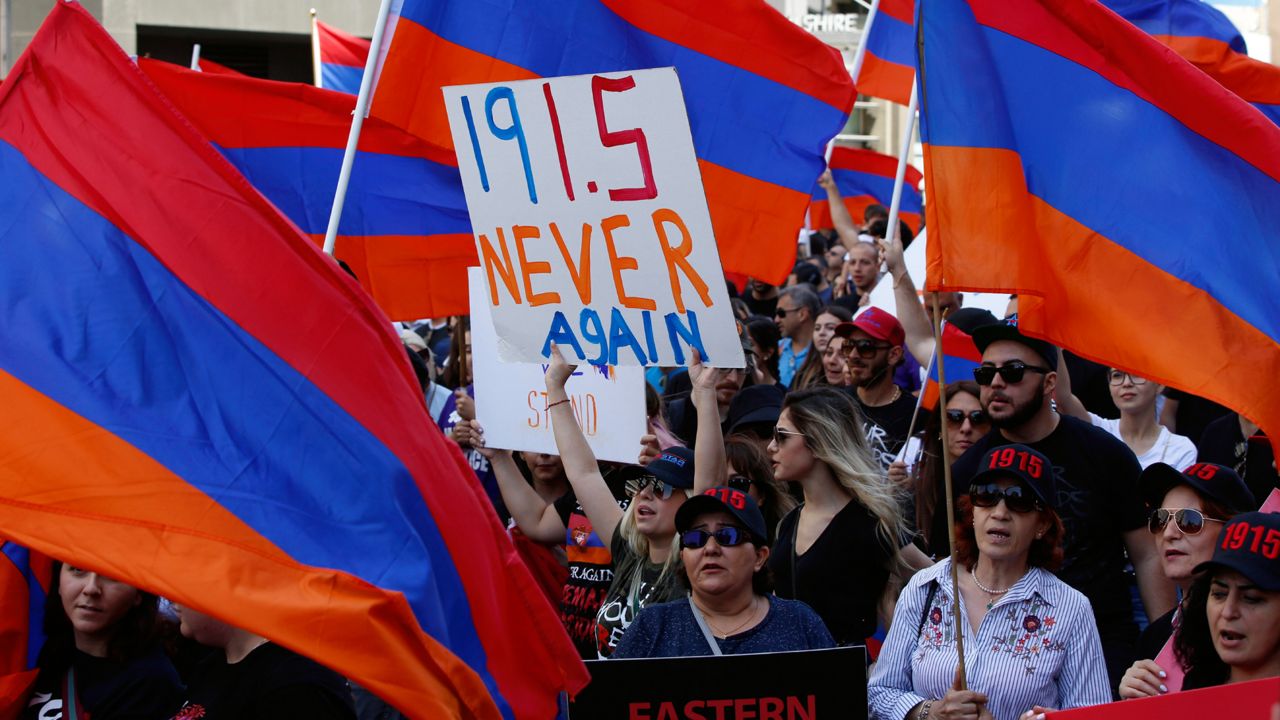 LOS ANGELES (CNS) – Armenian-Americans will come together Sunday at several events throughout Los Angeles County to mark the 107th anniversary of the start of the Armenian Genocide – the massacre of Armenians by Turkish forces during World War I.

Los Angeles County is home to the largest population of Armenians in the United States, with approximately 214,628 people living in the county, according to the 2011 American Community Survey.

Governor Gavin Newsom also issued a proclamation declaring April 24, 2022 “A Day of Remembrance of the Armenian Genocide” in the state of California.

“As we remember the victims and survivors of the Armenian Genocide, we also honor the strength and resilience of the Armenian people,” the proclamation said in part. “Forced to build new lives in every corner of the globe, Armenians bravely stepped forward in the face of unimaginable tragedy. Thousands of people call California home, and we stand taller for their contributions.

April 24 is also observed throughout the Armenian Diaspora and is a public holiday in Armenia and the Republic of Artsakh.

In Los Angeles on Sunday at 3 p.m., the Armenian Youth Federation will stage a protest outside the Turkish Consulate at 8500 Wilshire Blvd. to demand that the Turkish government recognize the genocide and end its support for Azerbaijan in Artsakh, a region disputed by Azerbaijan and Armenia.

The Armenian Genocide began in 1915 and resulted in the deaths of 1.5 million Armenians in a campaign blamed on the Turkish Ottoman government. While the genocide has been chronicled by historians, who often view it as ethnic cleansing, Turkey has denied it took place, saying the deaths of Armenians were a function of the chaos of World War I, which also claimed the lives of Turks.

Until President Joe Biden in 2021 officially called the killings genocide, American presidents had also refused to do so, instead calling the deaths at the hands of the Ottoman Empire an atrocity, but not genocide.

The Memorial Day motion introduced this week by Los Angeles County Supervisors — co-introduced by Supervisors Hilda Solis and Kathryn Barger — said, in part: “Despite overwhelming evidence, the Turkish government still denies the occurrence of an Armenian genocide. Many international and US leaders and local, state and federal government officials have condemned the atrocities committed against the Armenians and call on Turkey to recognize the genocide and its participation in it.

The motion goes on to say, “On April 24, 2021, President Joe Biden formally recognized the Armenian Genocide. This was a huge victory for the Diaspora and the result of decades of tireless efforts to get the highest level of our government to call this genocide by its name.

Solis, whose district includes Little Armenia, said, “Armenian Genocide Remembrance Day is an especially poignant commemoration for the people of Los Angeles County. … With this motion, we mark our commitment to remembering the lives lost in the Armenian Genocide, to honoring the legacy of survivors, and to raising the voice of this vibrant and diverse community.

Said Barger: “The month of April and the celebration of Armenian culture culminates with our Day of Remembrance, a day to mourn and remember the loss of over 1.5 million innocent lives. I am encouraged that my Armenian constituents are a resilient people – determined, focused and determined to persevere.

Last year, following Biden’s statement, Rep. Adam Schiff — whose district includes Glendale — said, “For Armenian Americans and all who believe in human rights and truth, today oday marks a historic milestone: President Biden has defied Turkish threats and recognized the massacre of 1.5 million Armenians for what it was — the first genocide of the 20th century. In doing so, he set aside decades of shameful silence and half-truths, and the broken promises of so many of his predecessors, and spoke truth to power.

There will also be other memorabilia around LA County on Sunday.

The City of Glendale will host its annual in-person Armenian Genocide Memorial Event for the first time in two years, at the Alex Theater at 7 p.m.

The city said the program will allow people to experience a contemporary perspective on the genocide through music and dance. The program will feature the work of Armenian priest Komitas through dance and music performances organized by the Lark Musical Society. Tickets are free and can be reserved here.

Also at 7 p.m. Sunday, St. Mary’s Armenian Apostolic Church, at 500 S. Central Ave. in Glendale, will organize a concert dedicated to the martyrs of the Armenian Genocide and the 44-day war in Artsakh.