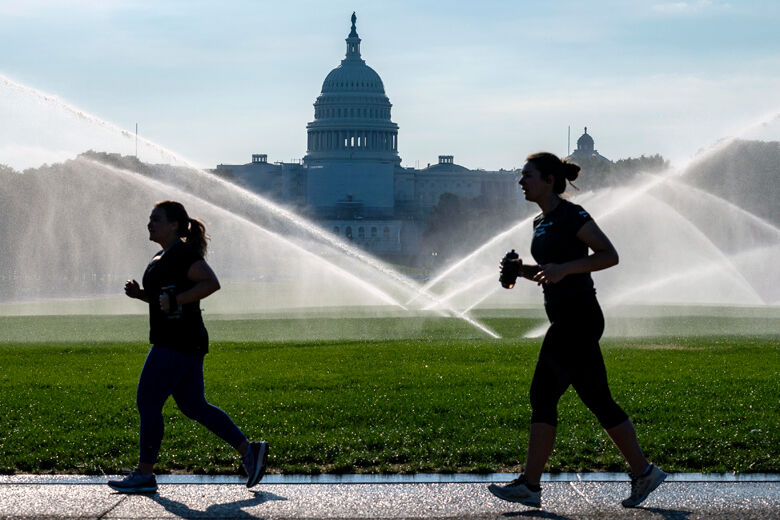 Another hot August day is in the cards and it will feel like 100 degrees, but the chance of afternoon pop-up showers on Sunday afternoon is only 30 %.

Sunday provided another hot August day with temperatures in the 90s that felt like 100. There were a few showers in the area, but the chance of rain tonight is only about 20%, according to the National Weather Service.

“We’re going to see these temperatures continue to rise into the mid 90s, a little warmer than yesterday, but with the same amount of humidity. It’s going to be over 100 degrees,” said the Storm Team4 meteorologist , Lauryn Ricketts, early Sunday.

DC activated its heat emergency plan at 11 a.m. so cooling centers could open.

Early Sunday evening there were a few small pockets of heavy rain along and west of Interstate 81 around Harrisonburg, Luray and Front Royal, but nothing that looks intimidating in the past few hours.

The NWS expects temperatures in DC and Baltimore to be around 92.

The chance of isolated showers is around 30% on Monday, but rises to 40% on Tuesday and 70% on Wednesday, Ricketts said.

SUNDAY: Partly to mostly sunny with 30% chance of a thunderstorm in the afternoon. Treble: Low 90s. Heat Index: Around 100.

TUESDAY: Especially for partying in the sun with a 40% chance of afternoon thunderstorms. Treble: low to mid 90s. Heat Index: less than 100s.

THURSDAY: Rather cloudy with persistent showers, the chance of rain will decrease during the day. Highs: Close to 90.