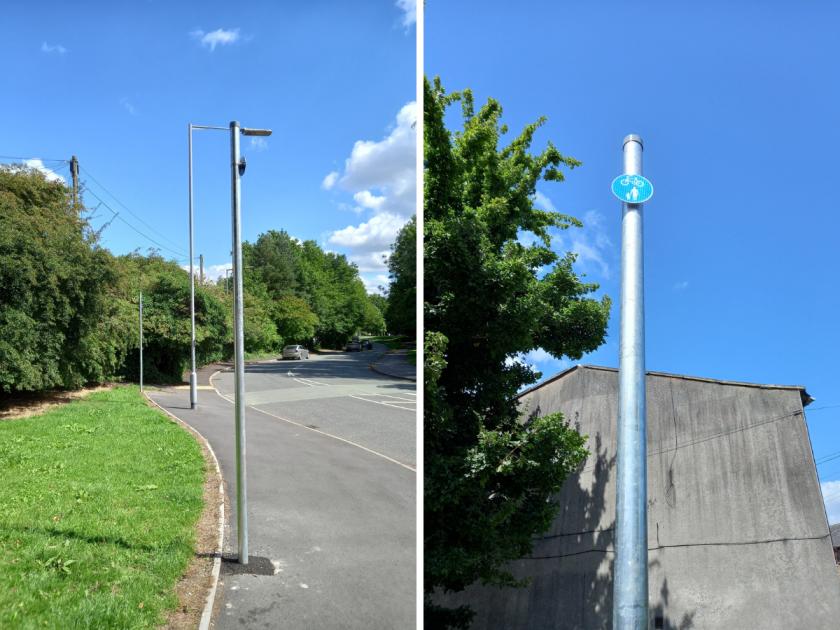 Residents of Radcliffe have expressed their anger after several very high road signs described as being more suitable for giraffes were put up in the area.

The pedestrian and cyclist signs include a small circle at the top of a metal pole believed to be around 12 feet tall.

Make Bower, of Radcliffe, was one of the first to report the unusual signs.

He said: ‘I was coming out of Greenbank Road just off Ainsworth Road and noticed these contractors were putting big aluminum or metal poles into the ground at the junction.

“I wondered what they were doing, so I came back later.

“The other new junction has four or five there too and one has been set up so high it’s in the trees.”

In a post shared on Facebook, other locals were quick to joke, suggesting ‘the giraffes are coming to town’, it’s for ‘the great Radcliffe stilt race’ or signs have been posted. installed “so birds can see that pedestrians and cyclists use the path below and know not to poop there”.

Although some saw the funnier side of things, others expressed their anger, wanting to know the cost of these “ridiculous” panels, if the size was ordered incorrectly or if there was a reason behind the height.