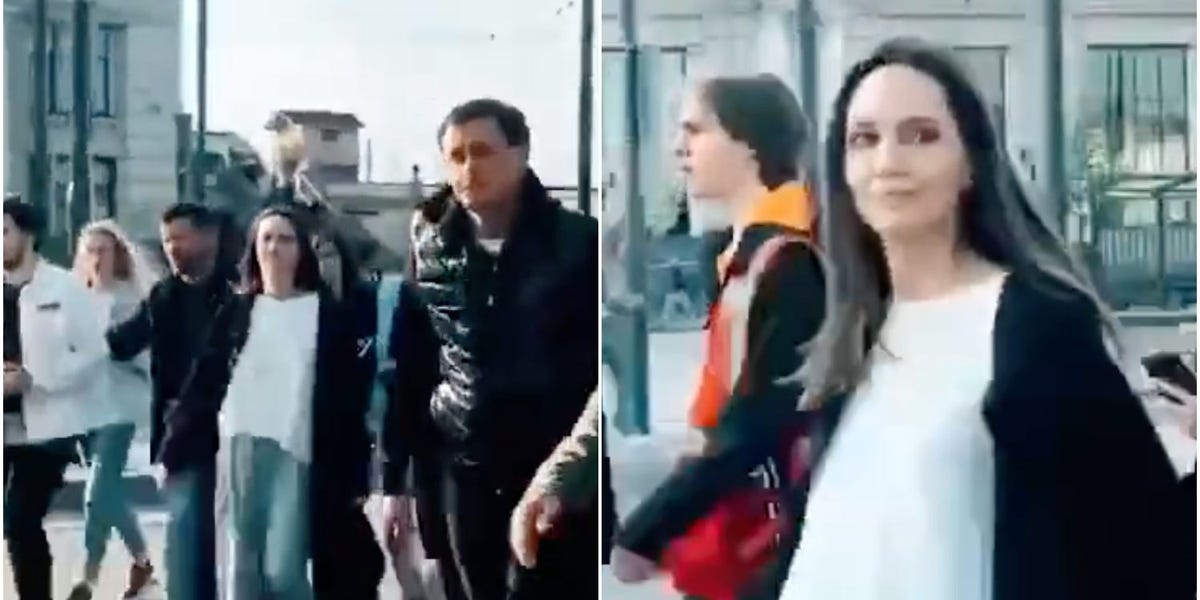 Actress Angelina Jolie had to take cover when air raid sirens sounded during her visit to Lviv, Ukraine on Saturday, video shows.

The footage, widely shared on Ukrainian social media, shows a pretty girl dressed casually and her entourage leading her to safety.

Jolie can be seen walking briskly through a train station and down steps as sirens wail through the city.

During her cover run, the actress can be seen in the video waving to a viewer and smiling for a selfie with a fan.

A man asks him at the end of the clip: “Are you scared?” The Hollywood star replies, “No, no, it’s fine.”

Lviv, in western Ukraine, is considered safer than cities in the east of the country. It was, however, the target of missile strikes in mid-April, resulting in civilian deaths.

Jolie, the UN special envoy for refugees, was there in a “personal” capacity, a UNHCR spokesperson told Insider.

The actress’ management did not respond to Insider’s request for comment. However, his spokesperson told NBC News that the purpose of his visit was “to bear witness to the human impact of the conflict and to support the civilian population”.