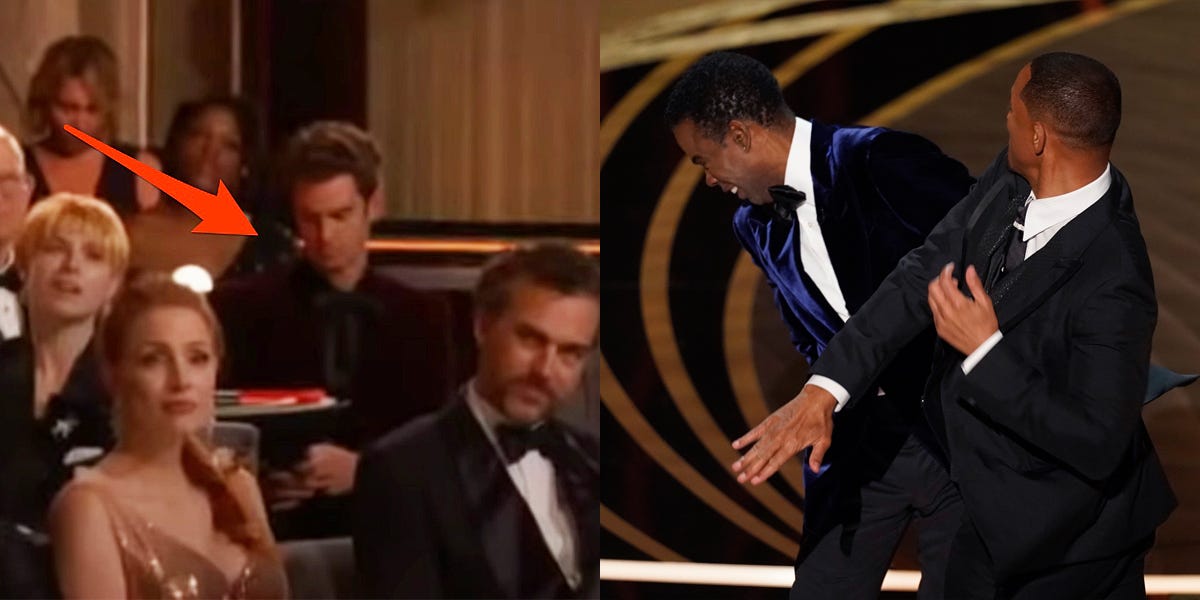 Andrew Garfield has confirmed he was texting his friends while in the Oscars audience after Will Smith slapped Chris Rock.

“I feel so bad because Kevin Costner is presenting the nominees to the director in the most beautiful and elegant way, and I’m like, ‘There’s no way I’m on camera during all of this.'” , Garfield said during an appearance on ABC. “The View” Thursday.

“Everyone is texting me, asking me, like, what’s the mood in the room. At that point, my friends took precedence over Kevin,” he said. “But I feel really bad about it.”

At the Oscars on March 27, Garfield and Smith were both nominated for Best Actor.

During the awards show, Smith attacked Rock on stage after the comedian made a joke about Smith’s wife Jada Pinkett Smith’s bald head.

Later in the show, Costner took the stage to present the Best Director award, which went to Jane Campion, the director of “The Power of the Dog.”

As the actor spoke, Garfield was seen in the audience texting on a phone he was trying to hide discreetly under the table he was sitting at.

The moment went viral on Twitter, resulting in a deluge of tweets.

People speculated that Garfield was texting someone regarding the shocking slap.

Some joked It was Messaging his “Spider-Man: No Way Home” costar Zendaya, who was also seen on her phone during the Oscars.

A fan joked that the actor was “texting his publicist to get him in and out before the show was over.”

During his interview on “The View,” Garfield was asked to share his thoughts on the slap, but he declined.

“It’s all been said,” Garfield said. “I don’t need to interject on this. Every possible version of the discussion has taken place, and I have no interest in adding my voice to something that has already been so well talked about.”