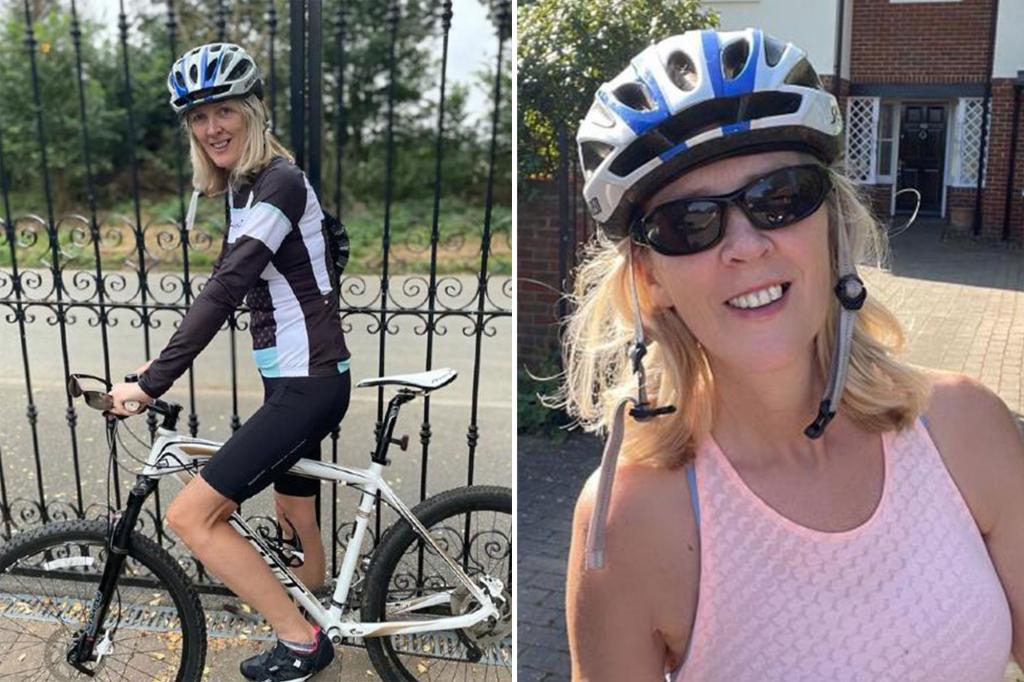 A woman recalled the moment she spotted something unusual in the mirror that ended up saving her life.

Susan Hunter-Dabson was drying her hair and noticed something odd when she raised her arm.

The 57-year-old told ITV News: ‘I was drying my hair and as I lifted my arm the round part of my chest flattened out.

“I was a G cup so it was hard to feel anything, but I knew the look wasn’t good.

“Because my mum had been diagnosed with cancer early on and had overcome it, I decided to go to the GP.”

Most people associate breast cancer with a lump.

But there are a dozen symptoms of the disease, some less known than others.

Wrinkling or thickening of the skin, or bloody, smelly, or cloudy fluid from the nipple can also be key signs.

It’s important to be “breast aware” — familiar with what your breasts normally look like — so you can spot any changes early.

Susan, from Bedfordshire, was reassured by her GP that her symptoms were unlikely to be cause for concern – there could be other medical conditions causing them.

But he still referred her for testing.

Susan said: “While I was worried about the results, I was convinced it would be nothing too serious.

“My husband, Simon, came to my appointment and I’m so glad he’s here because out of the blue I was told I had cancer.

“It was such a shock because I really couldn’t understand that I had cancer.

“I was numb after being told I had a 6cm lump in my left breast, then during investigations doctors discovered another primary cancer in my right breast.”

She underwent four operations followed by four weeks of radiotherapy.

After Susan’s ordeal, which lasted over a year, she was thankfully told that her cancer was in remission.

She said she “burst into tears” because it was the “biggest relief”.

Elisa Mitchell, of Cancer Research’s Bedfordshire branch, said: “Over the past 20 years, the incredible generosity and commitment of people like Susan has helped Cancer Research UK make discoveries that have saved countless lives. that benefit millions of people around the world.

“But we have so much more to do. That’s why we hope Susan’s story will set off a chain reaction across Bedfordshire that will help us continue to invest in science today to deliver the treatments of tomorrow.

This story originally appeared on The Sun and has been reproduced here with permission.