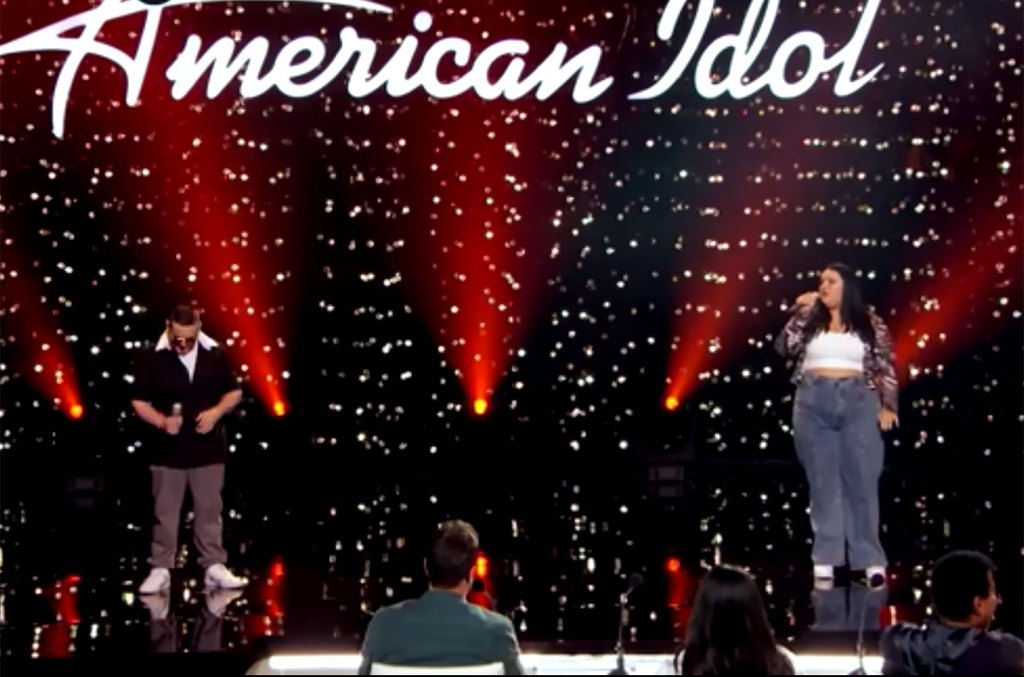 Two days ahead of its Sunday (April 3) night episode, idol unveiled an advance release video of the powerhouse vocalists competing for a spot in next week’s competitions. “Hold on to your wigs!” judge Katy Perry said before the pair launched into Andrea Bocelli and Celine Dion’s “The Prayer.”

The artists went back and forth singing solo lines before syncing up in gorgeous, belted harmony. The combining of their voices was so powerful, their fellow contestants immediately stood up in the audience and began clapping. “Crazy!” Richie exclaimed after the duo ended their performance with a hug. Perry and their fellow judge Luke Bryan were left speechless.

“I have to tell you, when you can stand on a stage under pressure, and we’re mesmerized just watching how you play off each other, it has all the makings of something so special,” Richie told Nicolina and Guardino. “You’re growing.”

But then the time came for a winner to be chosen, a decision that came down to Richie’s opinion alone. “We have to break it down to who goes forward and who goes back,” the 72-year-old soul legend said. “When you have a duel, somebody gets shot. When you have voices of this power, it’s who cut through.”

That’s when the golden moment happened. “I think it’s quite obvious — you both cut through,” Richie announced. “You’re both going to the next round.”

The intensity of the two singer’s vocal chemistry has idol fans flooding to the video’s comment section to voice their love for the performance. “Vocal Insanity!” wrote one comment. “This is the duet I’ve been hoping for and by far going to be a top 5 duet of all HAVE time!”

“Loved these 2 separately… BUT TOGETHER?!!?” wrote another. This was incredible! So glad both of you guys are moving on to the next round!”

Watch Nicolina and Christian Guardino’s knockout performance of “The Prayer” below: