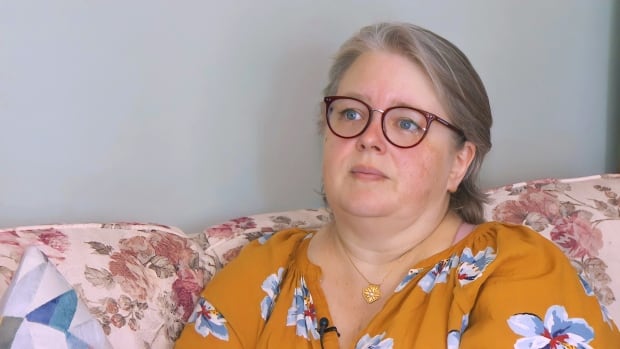 Rachel Jones wonders how long she and her son would have waited in a Halifax emergency room had he not escaped and attempted suicide.

Jones took her 24-year-old son to the Queen Elizabeth II Health Sciences Center last month because he was depressed, manic and suicidal.

CBC News isn’t naming Jones’ son, but his mother is speaking out on his behalf as he recovers.

When they arrived at the hospital, Jones said he told triage nurses that her son had talked about killing himself by jumping off a building.

“I assumed it would be direct [forward]”, Jones said in an interview. “Show it to the doctor and then send it to the psychiatric team so that he doesn’t sit and wait in the waiting room with people.

This was not the case. They sat in the waiting room for more than seven hours, Jones said, before her son asked to go to the bathroom.

When he was out of his mother’s sight, he found an unlocked door and finally headed for the roof.

Security found Jones’ son, handcuffed him, and placed him in an interrogation room where he was held for several hours.

He didn’t see a psychiatrist until about 18 hours after they arrived at the hospital, Jones said.

“I’m not sure why we had to wait so long…I could have lost my son and [so would have] his siblings and his father,” she said. “I don’t know how we would have recovered.

Problem with the process

Jones, who has worked as a registered nurse since 1994, said she doesn’t blame the staff.

Her problem, she says, is with the process.

An emergency department doctor assesses a patient with a mental health crisis and then decides whether to see a crisis intervention clinician or a member of the psychiatric team, according to Nova Scotia Health.

Jones said doctors are so busy that a nurse or other medical professional should be able to refer patients to the psychiatric team to help people get to care faster.

“It’s bureaucratic and it’s damaging to young people, old people, whoever it is, who have serious mental health issues and come in to the emergency room to wait all this time.”

An advocate for the Nova Scotia College of Social Workers agrees that doctors shouldn’t be the only ones who can assess people who come to hospitals with mental health issues.

“They don’t need to control everything,” N Siritsky said. “This model of mental health is based on this outdated, physician-focused pharmaceutical concept.”

Siritsky said allowing social workers, who are already in hospitals, to intervene as soon as a patient enters the hospital would ease the burden on doctors and reduce wait times.

“Having a social worker on site who can do an initial assessment, contribute to some of the treatment plans in a way that might help the provider when they finally arrive, and reduce the time the doctor actually has to spend with the patient,” they said.

“The social worker can provide some of the advice, support and resources not just to the person, but potentially to family members or friends who have been with them.”

Siritsky said changes like this need to be part of a broader shift in the delivery of mental health care in Nova Scotia toward a collaborative and proactive approach to patient care.

The goal, Siritsky said, would be to prevent people struggling with mental health issues from having to go to the hospital in the first place.

Rachel Jones said she still doesn’t understand why there was an unlocked door in the QEII emergency room.

“It was a massive near miss and I wonder if it was even talked about there,” she said. “Are they looking at it? Are they examining it?”

Nova Scotia Health did not respond to questions about protocols around the hospital’s unlocked doors and whether they have made any changes since that incident.

Jones said she wasn’t sure what she would do if her son suffered another mental health crisis. She said the experience traumatized her son and left her worried and angry.

“I’m always going to worry that he feels like he’s a problem in society because of the way it’s been handled.”

If you or someone you know is having trouble, here’s where to get help: