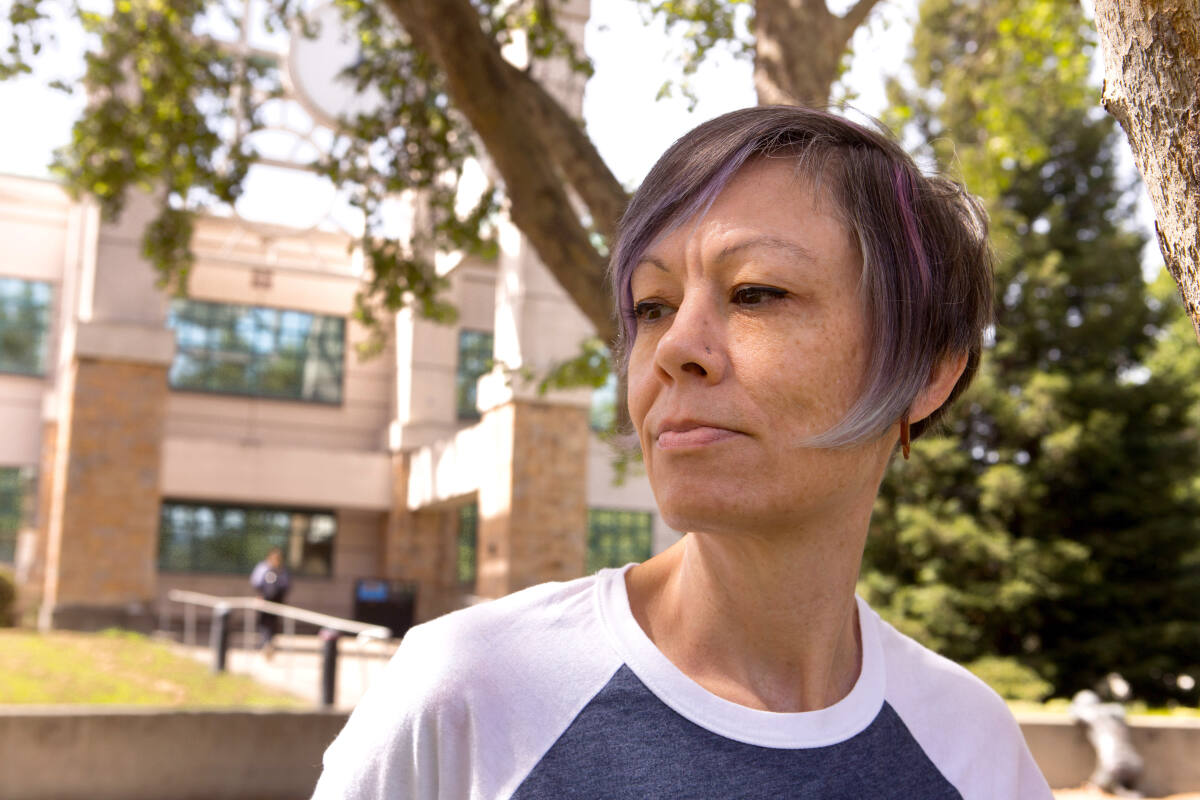 Mendocino County Sheriff’s Lt. John Bednar said that while the county jail has a number of inmates who are in various stages of being restored to competency or assigned to a state facility, none has exceeded the 28-day mandate.

Bednar said he could not address a specific inmate’s mental health, but “in general, there are hurdles that impact our ability to treat mentally ill persons that are incarcerated.”

One such hurdle involves the fact that defendants with mental health issues cannot be forced to take medications except under very specific circumstances, such as exhibiting self harm or violent behavior toward others. Even in those cases, the drugs that are prescribed typically have only short-term effects and do little to address long-term behavioral issues.

In Wetzler’s case, he said his daughter’s condition improved immediately when she finally was transferred to Napa State Hospital.

“She had a good diet there,” said Wetzler, who spent six years on the Mendocino County Behavioral Health Advisory Board.

“She had almost daily attendance with mental health workers. She was forced to take medication through a Riese hearing, which can require that medication be administered, and got on her meds. It was an amazing turnaround.”

Wetzler and other experts interviewed by The Press Democrat note because they are incompatible with other inmates, jail detainees who have been declared incompetent often spend time in solitary confinement, potentially increasing their paranoia and feelings of isolation.

‘Not a mental health facility’

“There really is no solitary confinement,” said Engram, who is running for Sonoma County Sheriff and faces two other candidates in the primary. “The mental health unit is single-occupant cells. Solitary confinement is a thing of the past and movies.”

Still, a jail is far different from most institutional settings.

“My understanding is that all clients in (the county’s Main Adult Detention Facility) at this point only get about a half-hour a day outside their cells,” said Heather Wise, a private defense attorney based in Santa Rosa.

“They’re locked down for 23½ hours. So they get a half-hour for everything — showering, calling loved ones, everything.”

Engram noted that the county facility’s 32-person mental health module offers behavioral counseling, medication and related services, and that other units can be configured to accommodate a smaller number of inmates with psychological issues.

“We’re certainly not a mental health facility,” he said. “Ideally, DSH (the Department of State Hospitals) would take individuals they’re charged with taking within the court order date. It’s a challenge for us to deal with.”

Because the Department of State Hospitals often has no room for incompetent defendants, Engram added, “Unfortunately, the jail winds up being the largest mental health facility in the county.”

Almost everyone agrees that the source of the problem is not county law enforcement. The problem, they say, is an unwieldy and overburdened system of public mental health support.

The State Hospitals department has steadily increased bed capacity for incompetent patients within its hospitals, and its jail- and community-based treatment programs, from a total of 271 in 2014-15 to 1,380 in 2020-21, according to state numbers.

But the shortfall has only worsened. Part of that can be traced to COVID safety restrictions, which brought suspended admissions and the need for isolation units.

Even framing the problem can be complicated, because of the Byzantine process of state hospital commitments.

The incompetent-to-stand-trial label is applied by a court-appointed psychiatrist or psychologist when a defendant is judged “not able to understand the nature of the criminal proceedings or assist counsel in the conduct of their defense.” The goal at that point becomes restoring competency — working with the patient until he or she is able to understand and participate in the trial.