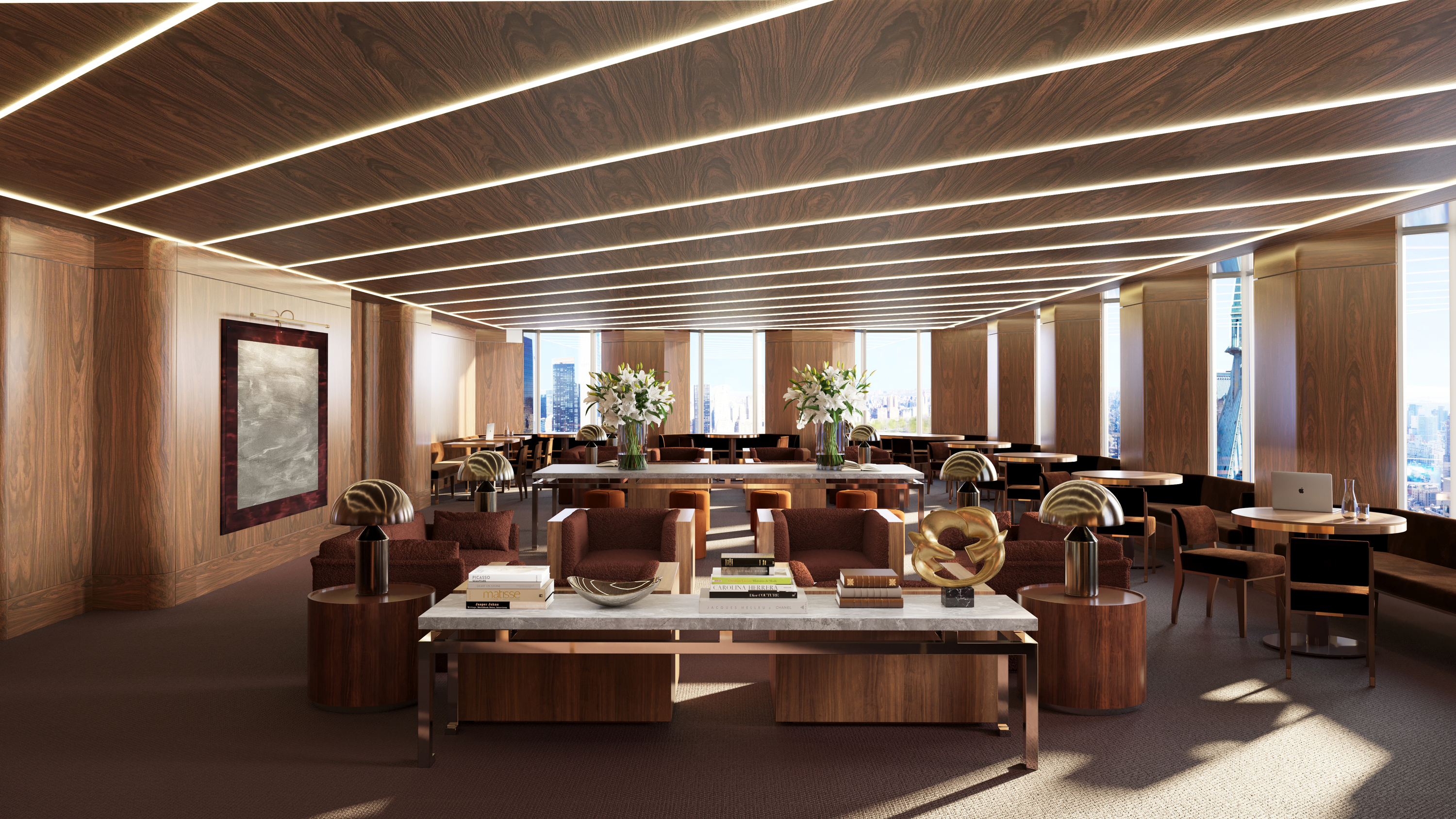 Colette is a new coworking space reserved for members who Bloomberg aptly dubbed a “WeWork for the 0.01%” given its extraordinary $125,000 initiation fee, plus $36,000 annual dues for each subsequent year. Clearly, the city has lost its mind.

Scheduled to open in March on the 37th floor of the General Motors Building at 767 Fifth Avenue by 59th Street, the space is the brainchild of Edmond Safra and restaurateur Juan Santa Cruz.

What will that exorbitant price get you besides great views of Central Park? For starters, access to 23 different private offices of 400 square feet with conference desks, individual light and temperature controls, conference and meeting rooms and, depending on the New York Post, “a lounge for members and uniformed personnel who bring coffee and snacks and serve as support staff.” The building will also house a members-only restaurant called Coco’s, an omakase concept.

If that all sounds crazy, you’re not wrong…and you should keep in mind that the club isn’t necessarily for ordinary New Yorkers.

According Bloombergthe space is “aimed at the world’s homeless wealthy who have second homes in New York City or maybe even live in the city but don’t need a full-time office.”

Speaking to the registered outlet, Santa Cruz explains: “The world has been changing for some time and the pandemic has made it more apparent that people are not using their offices as much as they think or want. Why not develop a co-working club, at the highest level, for people who are used to having an incredible office? Mission accomplished, it seems.

As if Colette’s price wasn’t prohibitive enough, the club will cap membership at 300 to begin with.

As surprising as the concept behind Colette may seem, exclusivity has become a central tenet across a variety of new projects throughout Manhattan, so now seems like the best time to launch such a destination. The Ned, for example, a members club and hotel run by the same people who run the Soho House, debuted at NoMad a few months ago, requiring an annual membership fee of around $5,000 ( an amount that suddenly seems cheap).

Even Restaurant Carbone, already one of the toughest reservations to get in the city’s crowded dining scene, has announced it will open a second “members-only” location at Hudson Yards by the end of the day. of this year.

As exciting as any new opening in town is as an indication of some kind of rebirth after the pandemic-fueled years we’ve just been through, we can’t help but lament the New York that once was: equally inclusive of the 1% and the sorts of misfits that, let’s be honest, mostly paint the character of the city we call home.