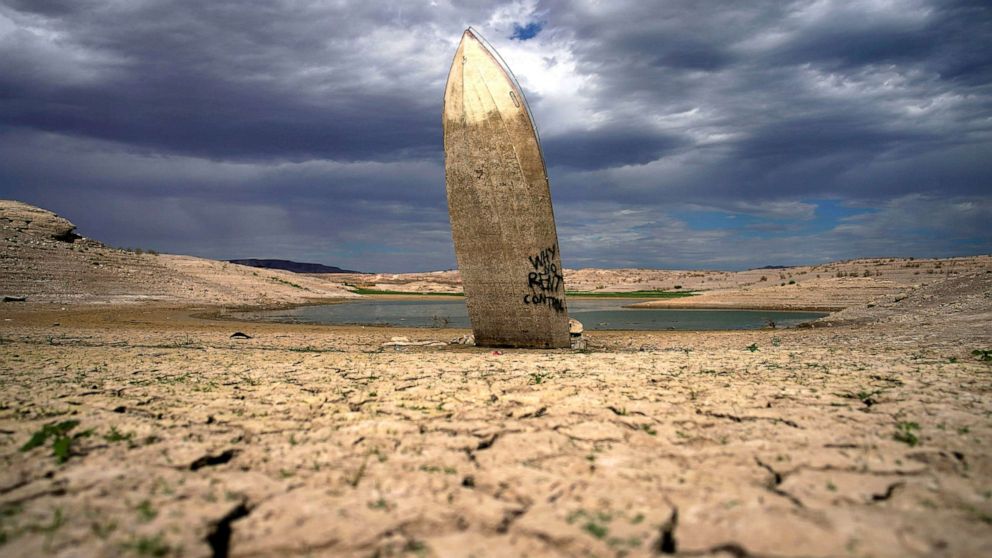 Human remains have again been found in Lake Mead, the nation’s largest reservoir that continues to shrink amid a decades-long drought, officials said Sunday.

According to the National Park Service, someone made the discovery at the park’s swimming beach in Lake Mead National Recreation Area on the Nevada side around 11:15 a.m. Saturday. It is the fourth time since May that human remains have been found in Lake Mead, where water levels continue to drop to historic lows.

With the help of the Las Vegas Metropolitan Police Department’s dive team, park rangers responded and set up a perimeter to recover the remains, the NPS said.

Officials said water levels in the reservoir are so low they could reach “dead pool” status, meaning the water is too low to flow downstream.

Satellite images released last month by NASA show side-by-side comparisons of Lake Mead, one taken on July 6, 2000 and the other more than two decades later on July 6 this year.

The result of the lower water level is that human bodies and parts have emerged.

On July 25, human remains were also found at Swim Beach.

Authorities launched an investigation into the most recent discovery on Saturday, and the Clark County Medical Examiner has been contacted to determine the cause of death.