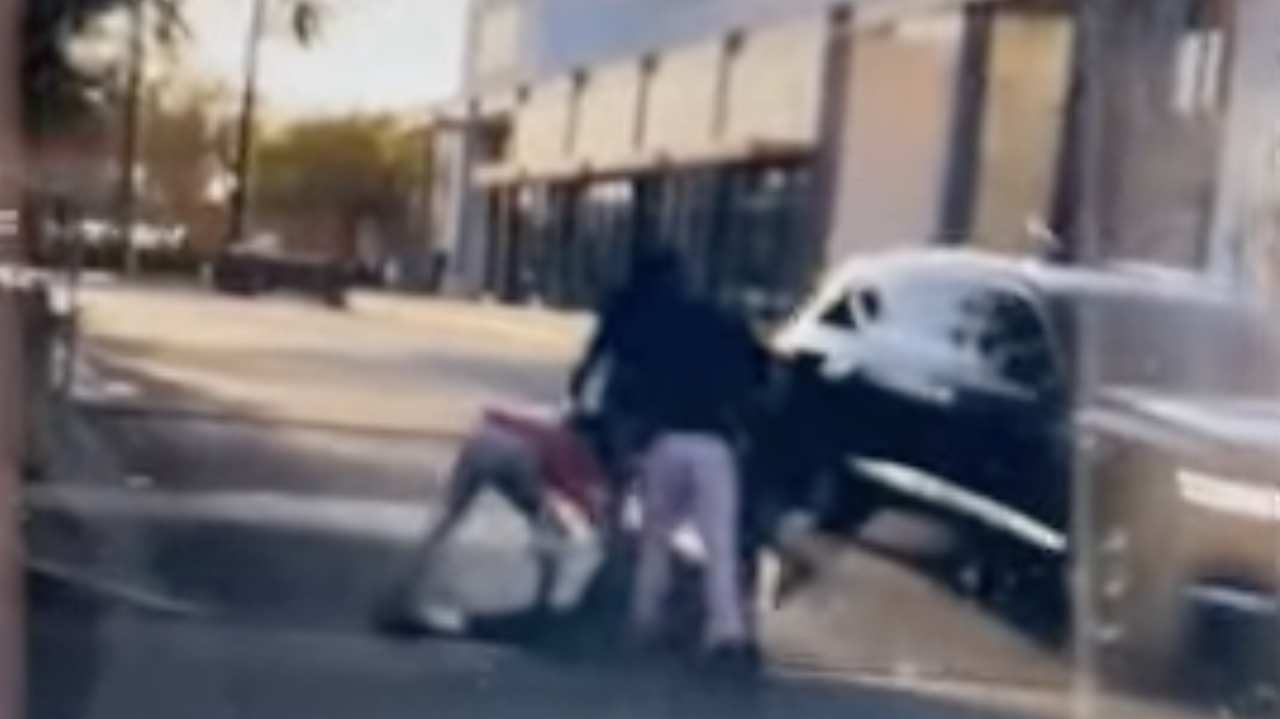 The Los Angeles Police Department is asking for the public’s help in locating four teenagers wanted in connection with a fatal stabbing in early April.

The police say Dominic Lord of Los Angeles, 33, was stabbed to death on the evening of April 1 near the intersection of Western Avenue and 89th Street in the Gramercy Park neighborhood of south LA

Lord was taken to the hospital by ambulance and pronounced dead at the hospital, the LAPD said.

Surveillance video obtained by LAPD homicide detectives appeared to show Lord exiting a bus at the intersection of the two streets when he was approached by four people. The group chased him and he fell to the ground, where he was punched, kicked and stabbed to death.

His attackers fled the area on foot and were last seen heading east on Manchester Avenue.

Police say the suspects wanted in connection with Lord’s death are two teenage girls and two teenage boys. The four suspects are said to be between 14 and 16 years old.

Video of the deadly attack filmed by an apparent witness was shared by the Los Angeles Police Department on YouTube.

Anyone with information relating to Lord’s death is urged to contact the Los Angeles Police Department hotline at 1-877-527-3247. You can also submit an anonymous report online at lacrimestoppers.org.