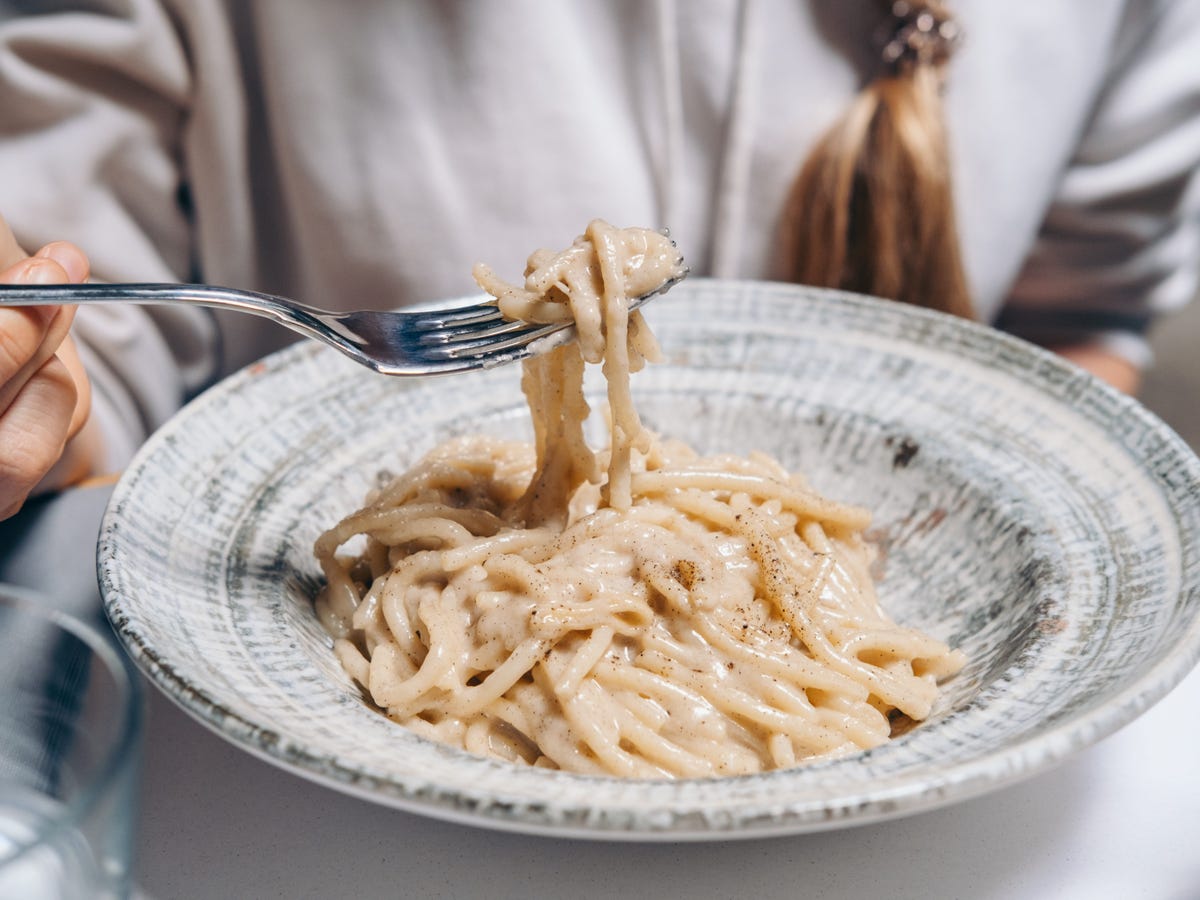 Carbohydrates are one of the three macronutrients, along with fats and proteins, that make up all of our food. They are found in varying amounts in a range of foods, from pasta and bread to oatmeal and bananas.

but not only is it a myth, but it can have a negative impact on your health.

Limiting the amount of highly processed foods like cookies and chips we eat is generally beneficial. But there’s no good reason to reduce or eliminate carbs from your diet, registered dietitian Nichola Ludlam-Raine told Insider.

Dietary needs vary from person to person, but the Dietary Guidelines for Americans advises making half your plate fruit and vegetables, which are usually mostly carbohydrates.

Physician Dr. Mark Hyman previously told Insider’s Gabby Landsverk that the average person should get up to 75% of their overall food intake (by volume) from carbohydrates. Prioritize getting your carbs from vegetables and fruits rather than sugary or refined carbs, he said.

When you don’t eat enough carbs, it can manifest as physical signs in the body, Ludlam-Raine said.

“Low-carb diets have been popular for a number of years, even decades now, but reducing your carb intake can come at a cost,” Ludlam-Raine says.

These side effects include fatigue, brain fog, and difficulty recovering from exercise.

“Carbohydrates are a primary source of fuel that gives our muscles and brains the energy they need to move and think,” registered nutritionist Lily Soutter previously told Insider.

Carbohydrates are the body’s main fuel source, so if you drastically reduce your carb intake, you’ll likely also notice a drop in your energy levels, Ludlam-Raine said.

“Our bodies can use other sources of fuel (like fat), although carbohydrates are able to provide a faster source of energy to keep us functioning optimally, both cognitively and physically. “, she said.

The brain needs glucose, which is broken down from carbohydrates, to function optimally. So when you haven’t eaten enough carbs, you can find yourself in a bad mood and having trouble concentrating, Ludlam-Raine said.

“Consuming carbohydrates with protein helps support the production of tryptophan which is then converted into serotonin, also known as the happiness hormone,” she said, referring to the essential amino acid needed for the production and maintenance of proteins in our body.

Ludlam-Raine recommends getting your carbs primarily from whole grains, fruits, and vegetables, as these provide fiber and essential nutrients to support overall health and mental well-being.

The body stores carbohydrates as glycogen in the liver and muscles. This is used for energy and therefore beneficial for exercise, whether it’s running, cycling or working out at the gym, Ludlam-Raine said.

If you haven’t eaten enough carbs, your performance will hit a ceiling and you may suffer muscle loss and “exercise flu” – it’s “a pretty nasty place” where you feel totally out of place, your body hurts, your head hurts, and you just want to lay on the floor, Molloy said.

Carbohydrates are not only beneficial for fueling exercise, but they also aid recovery after workouts.

“After exercise, our body needs to replenish glycogen stores that were depleted during a workout, so consuming carbohydrates in addition to protein is recommended to aid recovery and allow you to feeling your best before your next workout,” Ludlam-Raine said.

If your body doesn’t recover effectively, you may have sore muscles longer after your workout, have less energy the next time you hit the gym, and progress more slowly.