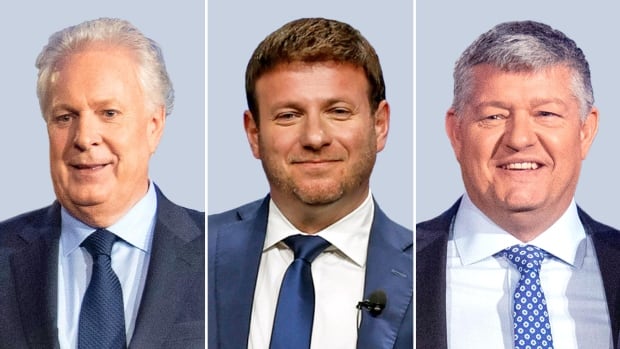 Three of the five candidates vying to become the next leader of the Conservative Party of Canada are taking part in the final debate of the race Wednesday night in Ottawa.

The bilingual event, with the first half in English, began at 6 p.m. ET.

Three candidates answer the questions in the form of a round table for about an hour and a half: Jean Charest, former premier of Quebec and former leader of the federal Progressive Conservatives; Conservative MP Scott Aitchison; and former Ontario MPP Roman Baber.

The debate, which is being held without a studio hearing, comes just over a month after the party will choose its third permanent leader in five years on September 10.

The party confirmed on Wednesday that it had already received around 150,000 ballots from an electoral list of more than 670,000 names. The party’s membership is more than double what it was when Erin O’Toole was chosen to lead the Conservatives in 2020.

Poilievre’s team had previously signaled that he would not participate in the debate because they felt the first debate in May was “an embarrassment” and instead wanted to build voter support.

Lewis said she had not received any information on the format of the debate and had told the party that she would not be available on the date set for the event.

“Their decision is theirs,” Aitchison said before entering the debating room.

“Party members deserve to be treated with respect. It’s as simple as that,” Charest said moments later.

According to party rules, candidates must attend official party debates or face a $50,000 fine.

The party’s leadership election organizing committee said it had decided to hold a third debate after finding that a majority of members polled supported the move.