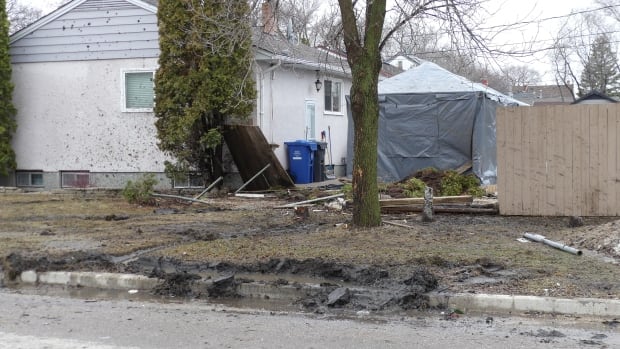 A 24-year-old woman died after an accident in the Transcona area of ​​Winnipeg in the early hours of Sunday morning, police say.

Emergency crews responded to the collision of two vehicles at the intersection of Bond Street and Kildare Avenue West around 2:20 a.m., the Winnipeg Police Service said in a news release.

The woman who was killed was driving one of the vehicles involved in the crash and had to be extricated by Winnipeg Fire Paramedic Service responders.

She was taken to hospital in critical condition and later died of her injuries, the statement said.

A police tape was seen surrounding a house in the area, with footprints in the lawn leading to the backyard. The fence was knocked down.

The driver of the other vehicle and its occupants fled the scene, although police said they interviewed a number of people who saw the incident.

Anyone with information about the crash is asked to call traffic division investigators at 204-986-7085.