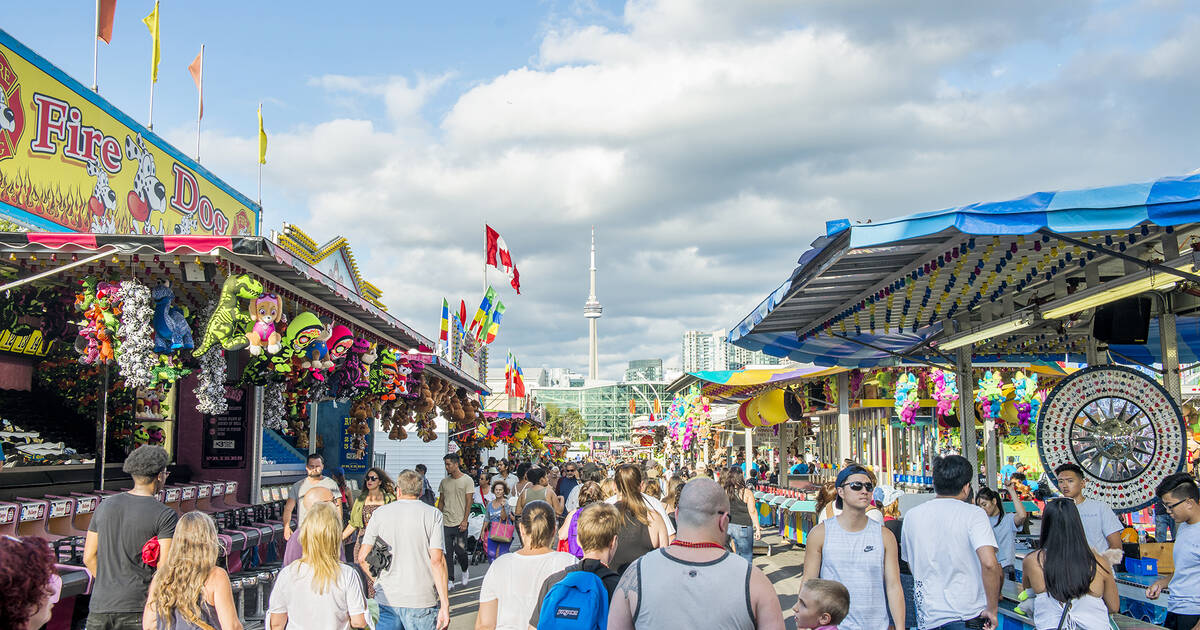 Seems like summer in Toronto has come and gone in a flash this year. Luckily, there’s still plenty of time to soak up the sun and have fun before the leaves start to change color.

Here are some activities to do before the end of summer.

The CNE is the quintessential event of the summer, so head to the annual fair later this month for some iconic and interesting food. Although the list hasn’t been released yet, expect some unusual flavor combinations, including ketchup and mustard ice cream.

Put on your roller skates and head to SUSO Skate, either in the CF Shops at Don Mills or under The Bentway. Both locations offer rentals for $18 where you must pre-book an hour. You can also bring your own skates to either of the places where you can skate for free on The Bentway or for $12 at the CF Shops in Don Mills.

No need to go to Egypt to discover pharaohs and mummies. The new immersive King Tut exhibit takes you through the life of Pharoh Tutankhamun and the passage to the afterlife.

Head to the Writers Room bar at the top of the Park Hyatt which offers epic views of the Toronto skyline. The boujee cocktail bar pays homage to Canadian artists with the bar covered in a ton of art while serving beautiful cocktails.

Looking to exercise? Check out Actify Social as they host immersive moon celebrations that include yoga, meditation, journaling, and dancing to end the night. The location of the event is kept secret and is only known a few hours before the event and takes place in a safe and central common area.

Hop on board a pedal pub

If you’re looking for a unique way to see the city, hop on a mobile pub where you can both drink and do your daily exercise. Newly launched Pedal Pubs will take you on a tour of some of the city’s best breweries, bars and restaurants. Even DJ Khaled crashed one of those pedal pub nights.

America’s largest outdoor food market debuted in the city this summer with local vendors serving up international food. The market is organized to show different cuisines that best represent our city.

Watch the premiere of a new film at TIFF

The Toronto International Film Festival is one of the biggest film festivals of the year, so why not catch a preview or two? Plus, with the big festival there are some big stars, so who knows who you might meet.

Find out the details of Toronto’s new outdoor concert series

If you’re looking for an intimate live music experience, text David Matisse, a composer from Keys N Krates who hosts intimate concerts in different outdoor spaces with local artists. By sending an SMS to Matisse, you can subscribe to the ticket list and find out when the next intimate concert will take place.

See you in Middle-earth at the Fan Expo

Dress up in your best cosplay and head to the big fan festival celebrating all things fandom. This year, Fan Expo will see a reunion of the stars of The Lord of the Rings trilogy.

While there are already so many beloved ice cream shops, the city has more for you to tantalize your taste buds. Earnie’s Icebox, Vilda’s, Happy Sundae, Gelato on the Danny and Daiquiri Drive are just a few newcomers that will help you cool down.

Pass through Parliament Street from Carlton to Winchester for Cabbagetown Park Space, a new linear park occupying both sides of the road. You will find five sections of plants, grass, stones and logs where you can relax and listen to live music.

CIBC Square is where you’ll find downtown Toronto’s new elevated park above the Union Station rail corridor. It offers stunning views of city landmarks including Toronto Island, the Hockey Hall of Fame, Scotiabank Arena and the CN Tower. The park is also equipped with Wi-Fi for those who want to get away from the home office.

If you need to update your wardrobe for the next season fast, head to Shmata where you can shop second hand and it will only cost you $4.99 for a pound of clothes. Dig through the various finds where you can find everything from sportswear, dresses, pants and even shoes at low prices.

Rolling Loud will be heading to Toronto for the first time later this summer with a huge lineup of major artists including Wizkid, Future and Dave all headlining. You won’t want to miss this one.