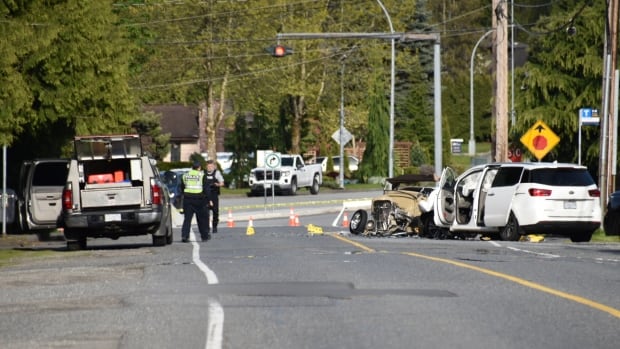 A 49-year-old man was killed after his vintage Ford car crashed into a van in Langley, British Columbia on Friday afternoon.

RCMP say the driver of a 1932 Ford Roadster suddenly swerved into a Dodge Caravan in the 20700 block of Grade Crescent around 4 p.m. Friday.

The driver was ejected from his car after the crash, police said, and was pronounced dead at the scene.

Police say the deceased driver may have had a medical emergency that led to the collision.

The driver of the van was not injured in the accident, but is “extremely affected by the impact”, according to Langley RCMP.

Anyone with more information about the crash, including dash cam footage, is asked to call the RCMP at 604-532-3200.